"This hack is a response to the rocket attacks of Pakistan military on Kunar and Jalalabad Provinces of Afghanistan! Next time wait for...bigger damage,
We will not let any torture and overtaking on our land unanswered. Remember WE ARE AFGHANS, WE DO NOT FORGET, WE DO NOT FORGIVE!
Rest in peace the Heroes of Afghanistan we will never forgot your Sacrifice and we never will let porkies and this world forget it too.." 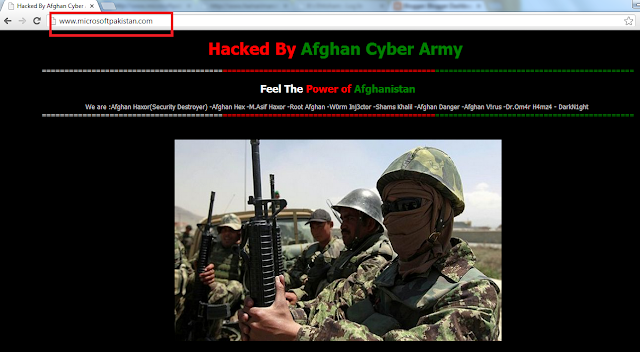 On the  other hand pakistan cyber hackers also hacking into the Indian servers and defaced several sites. A week ago, Pakistani hacker with the online code "H4$N4!N H4XOR" have breached the Indra Gandhi International Airport Site. Its not seeing that this cyber war between two country's will stop.