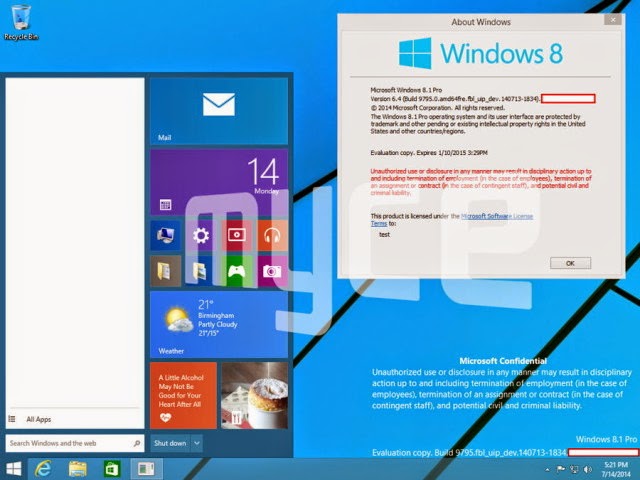 According to the recent leaks screenshots of the latest windows developing version which shows build Windows 8.1 pro, which may be Windows 9 can be release next year.

The leak Screenshots confirm about the metro style of the Start menu, and operating system have flat UI designed. It is being says that one new feature that Microsoft could be implementing could be Cortana which would see the Windows Phone voice assistant brought onto PCs.