As Hacker says that, he have managed to access the domain registry system of Google Albania. He has posted the screenshot of his hack. You can check the screenshot below. 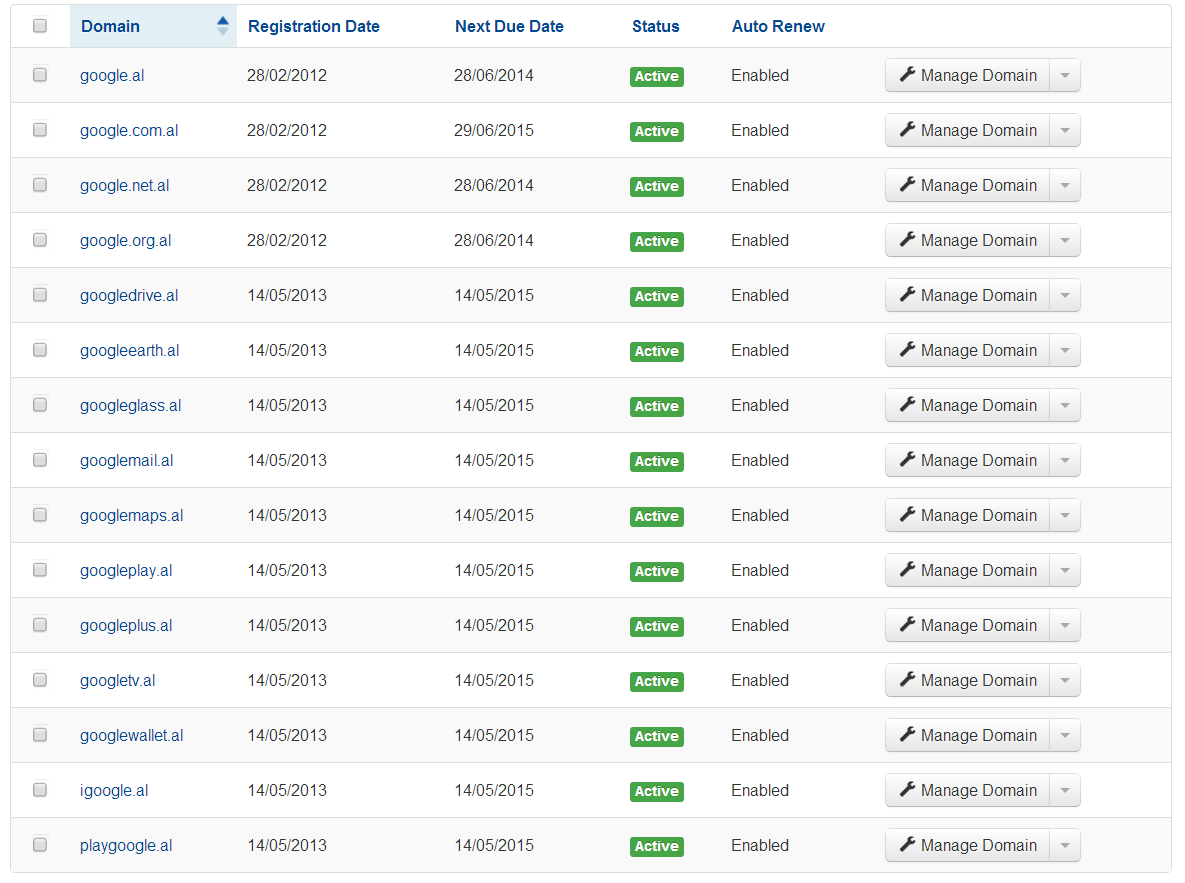 From the screenshot of the hack it seems that hackers have accessed the domain management system of the Google Albania.

Hacker says that, he had was changing the DNS of the site, but unfortunately it was to be to be done manually by submit ticking a ticket. For this the user have to contact to the representative of the Registrar. As same hackers have done, and he mailed to the Registrar team. As for the reply of the mail, Registrar team have replied. (See  the below screenshot of mail conversation). 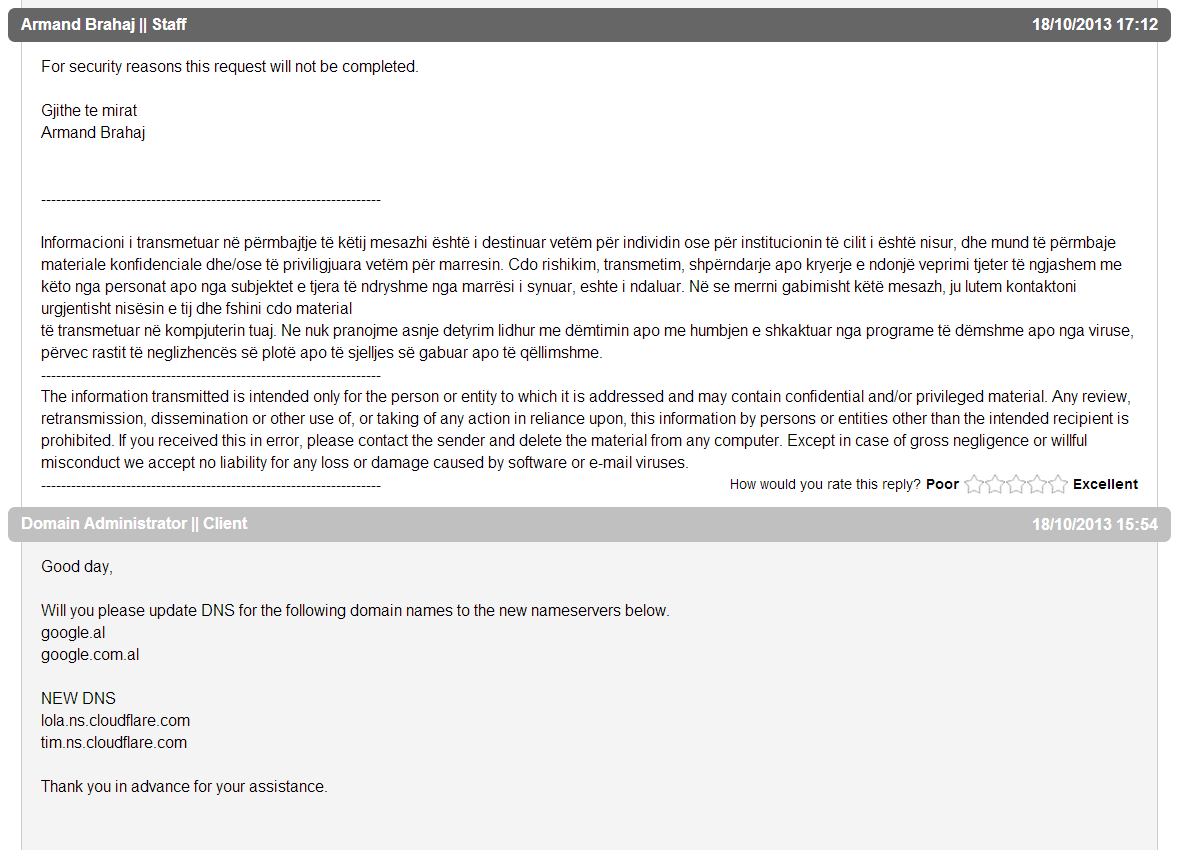 Its seems that, Registrar team have know that, they have been hacked, so they have not provide the hackers to change the DNS, rather they have given the alternate DNS for the site.

This time Leet didn't successful for completion of the target. But as earlier he hacked number of the NIC server, Couples of Google domain of Malaysia and Costa Rica with the same technique.