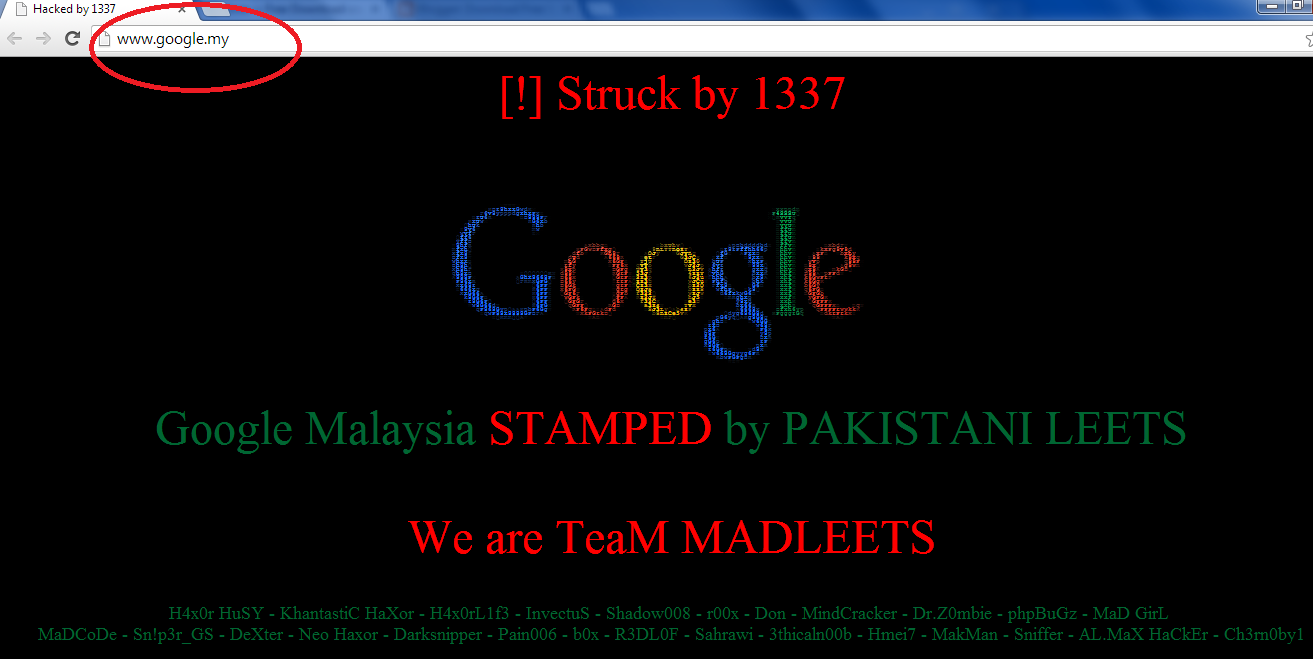 Now this time same hacker have hacked Google Malaysia domain (www.google.my) (www.google.com.my) . After checking the hack incident I found that hacker have managed to hack by DNS poisoning. As earlier also all the high profiled sites are defaced by the DNS Hijacking method, this hack was also with the same.

Hackers have breached the security of domain registrar which allow him to change the Domain Name Server (DNS) of the Google Malaysia.

At the time of writing also site is showing the deface page and the DNS records are still showing the hackers custom DNS. This is DNS hijacking and this method is most popular for hacking high profiled sites. Domain that are got hacked and its mirror is here.

Earlier same hacker have defaced the Google Kenya and Burundi domain, along with the Bangladesh Twitter, Norton, Sony Ericsson and other high profiled sites.