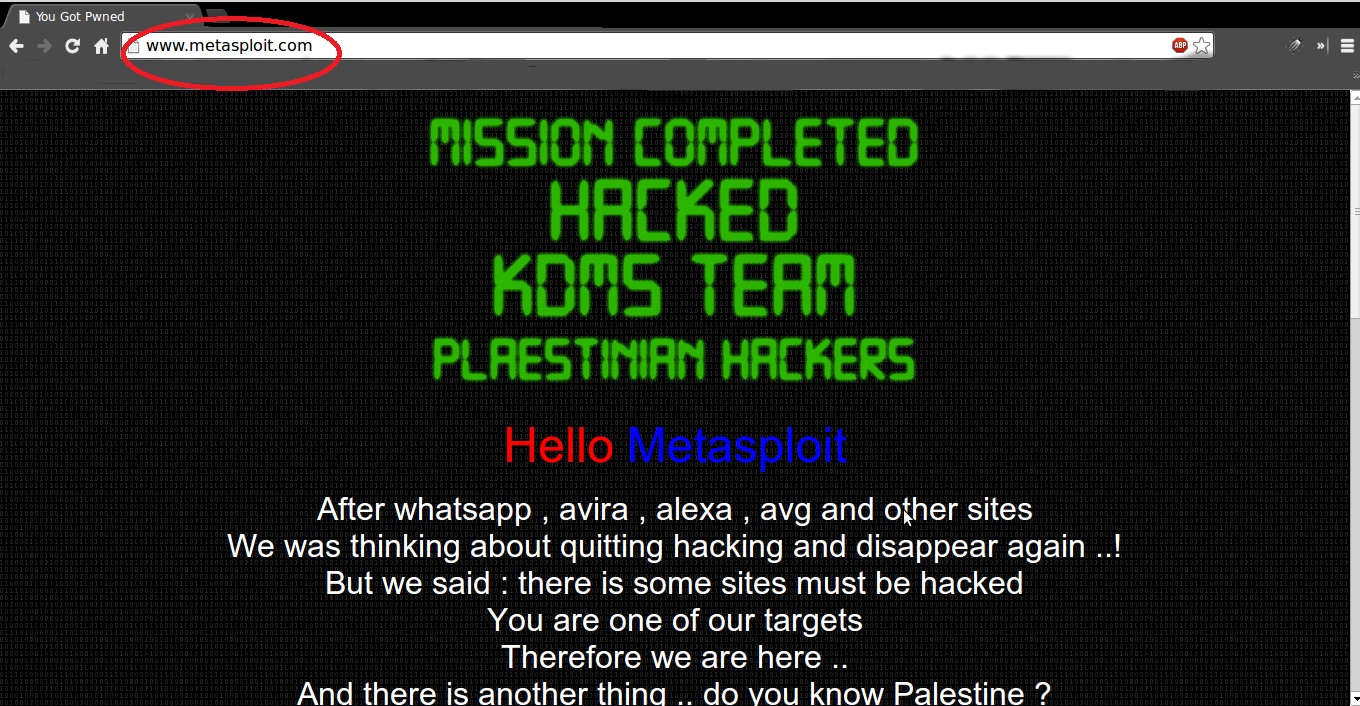 As same as last hack done by the Pakistani hacker "Leet" who have hacked Google Malaysia domain by DNS poisoning method. Now again a Popular Palestinian hackers of KDMS Team have hacked and deface the site of the worlds most popular penetration testing software Metasploit's official site.

Hope every one knows about the Metasploit, which is the best and most powerful software for Penetration testing. KDMS Team have hacked the Metasploit site (www.metasploit.com) and its parent site Rapid7 (www.rapid7.com). This hack is also done by the DNS poisoning. As hackers have breached the security of the domain registrar (www.register.com), which is confirmed by HD Moore, (Chief Research Officer of Rapid7 and Chief Architect of Metasploit). Rapid7 is the team who have developed the Metasploit software.

On the deface page hackers wrote a message stating following-


“Hello Metasploit. After whatsapp, avira, alexa, avg and other sites we was thinking about quitting hacking and disappear again! But we said: there is some sites must be hacked. You are one of our targets. Therefore we are here,”