As from today New year has been started, and finally year 2012 have been ended. year 2012 is remembering year for the technology, as on it many of the innovation has made and we have many new technology. As like we have got 3G connection and 4G connection also. Many new gadgets like Iphone, Iphone mini, Chrome book. and we have seen many more new things...
Here in New year there are many of the gadgets are on waiting. More technology an gadgets have to come in 2013. So be patient. Lets learn about some of them.

2) Google Glass:-  Google is going to launch a glasses, by which users can surf internet, can read text and send message also. Google glass has made a place in Time Magazine's list of the best inventions of 2012.  More information on Google glass Read here.
Whats special

There will be a small colour glass in front of the users which will be connected to the phones that runs on the Android operating system through Bluetooth.. Users can easily view text message and emails. Developer are also creating games and apps for this hi-tech device.
Expected date to Release:-
Its public demonstration was held in June 2012. It is expected that it will be available on the market till the end of 2013 and early of 2014.

3) Iphone 5s :- After the successful launched of Iphone 5. Its next version will be Iphone 5s. According to the Apple industry analyst, Peter Misek, Iphone 5s will have super HD camera and screen also. Phone will be available in 4-5 colours.
Whats special
In Iphone there will be better screen. A6X faster processor, 15 megapixel camera and better battery backup.
Expected date to Release:-
This is an expectation that it will be available on the market in this year only. 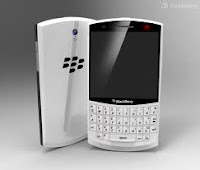 As per the Research in Motion (RIM) CEO Mr. Thorsten Heins, Iphone 10 is making in keeping in the mind that users can experience mobile computing while using it.
Whats special
Keyboard is Blackberry 10 is prepared by following the writing style, so that it will be easy to type the messages.
Expected date to Release:-
It is expected that it will be launched on the 30 January 2013.
#Gadgets #News