What is 3G Technology? 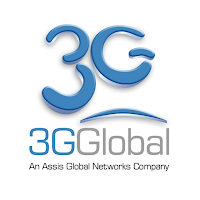 3G or The third generation is a boon for mobile phones. It provides advanced multimedia function for cell phones and enables users to access the Internet through their cell phones.
According to the Chairman of the Telecom Regulatory Authority of India (TRAI), a total of 32.5 MHz is available for allocation within the next six to nine months. TRAI has recommended auctioning 200 MHz for broadband wireless access service like world interoperability for microwave access and has proposed a national frequency management board to oversee spectrum availability and its efficient use.
3G helps to transfer voice data or downloading information exchange e-mails and instant messaging. It is more helpful in video telephony. 3G services enables video broadcast and data intensive services such as stock transactions, e-learning and telemedicine through wireless communications.

3g spectrum is provided to those companies having GSM facilities to carry out an interface check on a non commercial basis ahead of the start of 3G mobile services. 3G is also being given to this who have applied under the National frequency allocation plan on the 2.1 GHz band.
3G was firstly introduced in Japan on a large commercial scale.
3G had provided companies to introduced new brands of cell phones and good marketing of cell phones among the youth.
3G faced several problems regarding its growth as it requires high spectrum licensing fees for the 3G services. Huge capital required to build infrastructure for 3G services.
The electromagnetic waves produce during this process is harmful for our health. Cell phones having 3G mobile services are of high cost.
Thus, 3G provides us with more advance facilities and on other hand it has a bad impact on our health.