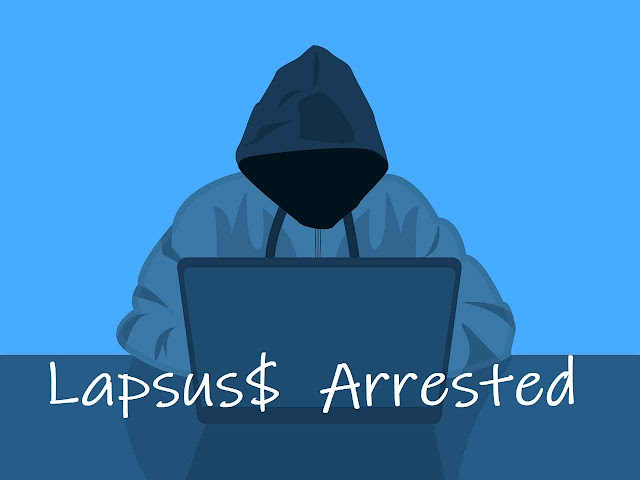 Police in Britain have arrested seven people aged 16 to 21 over connections to Lapsus$ following a series of hacks that targeted major firms including Okta Inc and Microsoft Corp. The police didn't name the older people facing charges, but said they'd been released "under investigation."

It is been said that a 16-year-old from Oxford has been accused of being one of the leaders of the cyber-crime gang Lapsus$. With his online moniker, "Breachbase" or "White"  the teenager, has made the equivalent of $14 million in Bitcoin to date.

"Breachbase" or "White" was doxxed on a hacker website by his business partner after a dispute between them. The hackers revealed his name, address, social media pictures, and also posted a biography of his hacking career.

LAPSUS$ admin, "Breachbase" or "White" aka Alexander, pays Doxbin admin “KT” $25,000+ to remove his dox from their site and spread disinformation about his real identity. “KT” accepted the funds but did not fulfill the request. 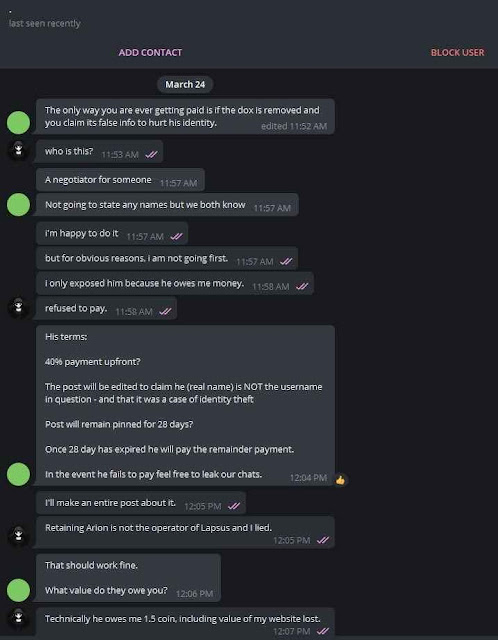 As earlier reported, cyber-security researchers have been tracking "White" for nearly a year and have linked him to Lapsus$ and other hacking incidents. The teen made multiple mistakes that helped researchers trail his activity across online accounts.

Allison Nixon, chief research officer at cyber-security investigation company Unit 221B said- "We've had his name since the middle of last year and we identified him before the doxxing." "We have watched him on his exploits throughout 2021" - Nixon added.

BBC news says he spoke to the teenager’s father, who apparently was unaware of his involvement with the group. "I had never heard of any of this until recently. He has never talked about hacking, but he is very good with computers and spends a lot of time on the computer," said the father, according to BBC news. “I always thought she was playing. We will try to stop him from using computers."

Lapsus$ has quickly garnered attention due to major targets like Microsoft, and its Telegram channel now has 47,000 members. Lapsus$ has taken responsibility for some major security breaches in tech companies, including Nvidia, Samsung, Ubisoft, Okta, and Microsoft.

Microsoft acknowledged that the hackers had limited access to its network, while Okta indicated there was no hostile action beyond the January incident.

Do you guys think this is the End of Lapsus$? Do comment your views on the comment box.