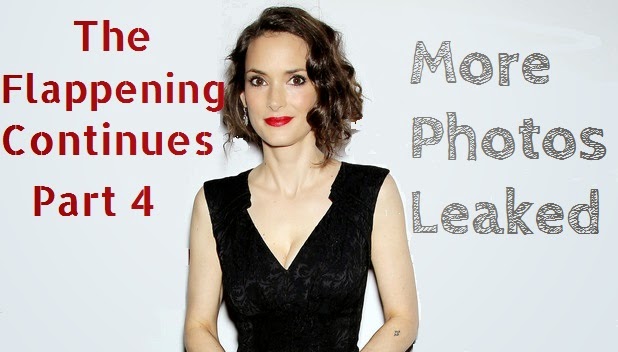 As we says this won't be over soon and here is what the Part 4 of the Fappening came. The leak of the celebrity nude photo continues with more leaks. The latest leak of the nude photos hit internet on last Thursday, and this time one male victim was there.

On the Fappening 4, wrestler Hulk Hogan's son 24 year old Nick Hogan and US actress Winona Ryder was also victimized. Nick Hogan was the first male celeb to be the victim of celebrities nude photo leaks.  Along with both of them, 90210 star AnnaLynne McCord, Vampire Diaries' Nina Dobrev and Victoria's Secret model Erin Heatherton, singer Ingrid Michaelson was also the victim of Fappening 4 (celebs nude photos leak).

According to news reports, this latest wave of images were published on Thursday as another "Fappening" subreddit sprung up on Reddit.However, Reddit and 4Chan closed the forum titled Fappening and banned celebrity naked photo leak under threat of Digital Millennium Copyright Act (DMCA) takedown notices.

Last week Hollywood lawyer Marty Singer made a complain (on the behalf of targeted victim of Flappening) against Google and issued Google with a threat to sue for $100 million if the images were not removed. In the response Google  deleted more than 10 thousands pictures from the search and also closed hundreds of accounts.

Till yet personal photos of Jennifer Lawrence was more in count and she had also filed a complain to FBI for this. The investigation is still in the progress and till yet there is no report yet.
Check Fappening series - Part 1 , Part 2, Part 3
#Celebrities #News