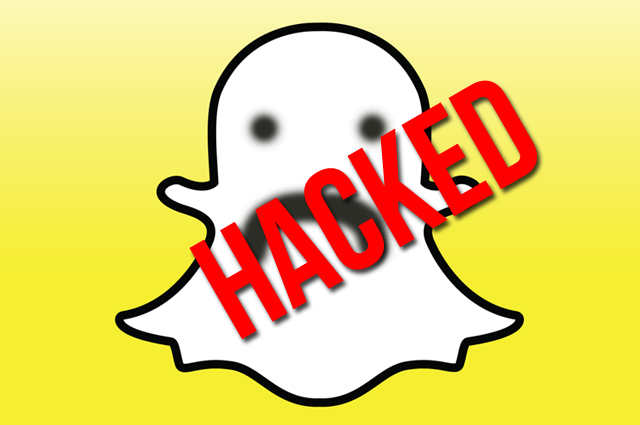 It is just a week that the series of celebrities nude photos were leaked which was called as "The Fappening" and now another worse thing have hit the Internet. An anonymous users of 4Chan have claimed to have obtain the nude image and video of the Snapchat and warned to leak it in an event dubbed "The Snappening".

This would be the worse than the celebrities nude image leaked, as hacker claimed to have the another bundle of 10 thousand private images and videos. Worse things is,  4chan users claim that the collection of photos has a large amount of child pornography, including many videos sent between teenagers who believed the files would be immediately deleted after viewing. 50% of Snapchat's users are teenagers aged between 13 and 17.

Earlier it was saying that the official SnapChat mobile app or its servers had been breached and the third-party Snapchat client app has been collecting every single photo and video file sent through it for years, giving hackers access to a 13GB library of Snapchats that users thought had been deleted.

Users of 4chan have downloaded the files, and are currently in the process of creating a searchable database allowing people to search the stolen images by Snapchat username.

In the reference of this leak, Snapchat have directly denied that its service was ever compromised. In a statement Snapchat says that, the leaks called "The Snappening" was because of users own mistake. Company blamed users for using the unofficial and unauthorized app.

"Snapchatters were victimised by their use of third-party apps to send and receive Snaps, a practice that we expressly prohibit in our Terms of Use precisely because they compromise our users’ security. We vigilantly monitor the App Store and Google Play for illegal third-party apps and have succeeded in getting many of these removed." - Snapchat said.

The images and videos files were posted online was hosted on viralpop.com (a fake and malicious site). As currently the site has been taken down but it is clear that many users have already downloaded the collection of Snapchats.

How it Happens ?
Initially it was claims that hacker have hacked third-party Snapchat client Snapsave, which allowed users to keep (save) Snapchat photos and videos, which automatically delete when viewed through the official Snapchat app. But after the improvement made by the Snapchat team on their security, started encrypting photos and videos, the Snapsave app stopped working.

Business Insider mentioned that the source of the Snapchat photos leak was a site SnapSaved.com, web client service for the Snapchat app that allowed users to receive photos and videos, and save them online. But currently the site is not available and URL redirects to Danish e-commerce site.

In concerns with the security, it was very bad time for Snapchat and its users, as in 2013 also Snapchat had faced the massive data breached affecting 4.6 million users. Later on security researcher discovered the vulnerability on the Snapchat that allows to bypass the Captcha security.
#Data Breached #Leaked #News