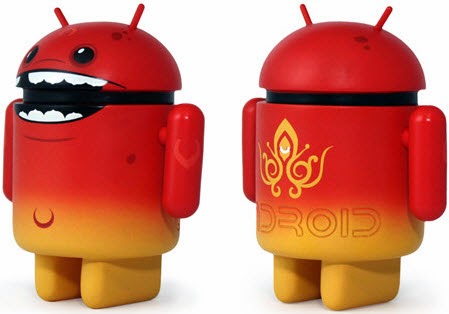 As Android is getting more popular, the risk of the security is also increasing. Cyber Criminals are targeting Android based smartphones which is big security challenges to its users. As I have lastly discuss how malware developer or cyber criminals are modifying or cloning the popular android apk apps to make their victim.

Most of the Android malware or virus has a capability to send/read messages, steal key logs, steal personal data without the prior authentication of users. It can even modify your phone data or data on the SD cards. Moreover it can also gives the complete Remote access of your phone to attacker.

As at the beginning of this month we have noted that Researcher from Symantec have found new Android Malware Rootkit, named as "Dendroid", which is currently selling on undergrounds Forums for $300. Denroid runs on HTTP protocol with various malicious features. Some of the features of Denroid are-
The Indian Computer Emergency Response Team (CERT-In) has issued a warning asking all Android smartphone users to be beware of a deadly virus ‘Dendroid,’ that can compromise the data stored on their phone.

“It has been reported that a malicious toolkit called Dendroid is being used to create Trojanised applications that infects Android-based smartphones. The malware is created by modifying the required permissions by any clean APK (Android Application Package) with Dendroid RAT functionality that allows detailed management of the infected devices,” says an advisory by CERT-In that comes under the Department of Electronics and IT.

Precautions for such type of Malware and virus