This is another big story that comes out today that, Egyptian Hacker with the nickname 'Dr.FarFar', claimed that he has hacked Mark Zuckerberg's Facebook Profile and removed the Cover Photo using a private exploit, reported by THN.


In the meantime after checking the Mark Zuckerberg profile, we can see that Zuck Timeline Cover Photo is removed. 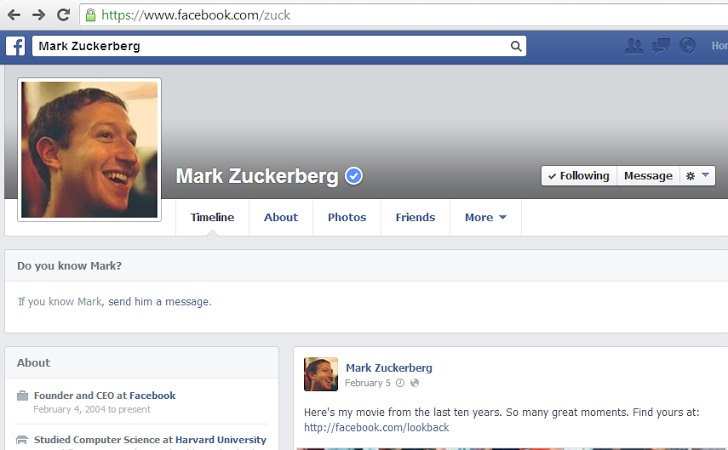 THN have reported that they have got a mail which states that hackers have used his private exploit and hacked Zuckerberg's Facebook profile.

Hackers haven't shared details information with THN, about the vulnerability or about the exploit. May this is some kind of fraud, as Mark has removed his Facebook Cover Photo, and the hacker is trying to take responsibility for this change. Or also may this be the real hack, So for the further update, we have to wait.
This is not the first time that Mark's account has been attacked, earlier also a Palestinian programmer discovered a security loophole on Facebook security that can allow him to write a post on Facebook CEO Mark Zuckerberg's personal timeline without his permission.

Facebook refused this bug and later on it was accepted, but the researcher didn't get any kind of reward from Facebook as a Bounty Program.

Later on, the Crowdsourced researcher group donated a Sum of the amount to appreciate his great discovery.
#Facebook #News #Security