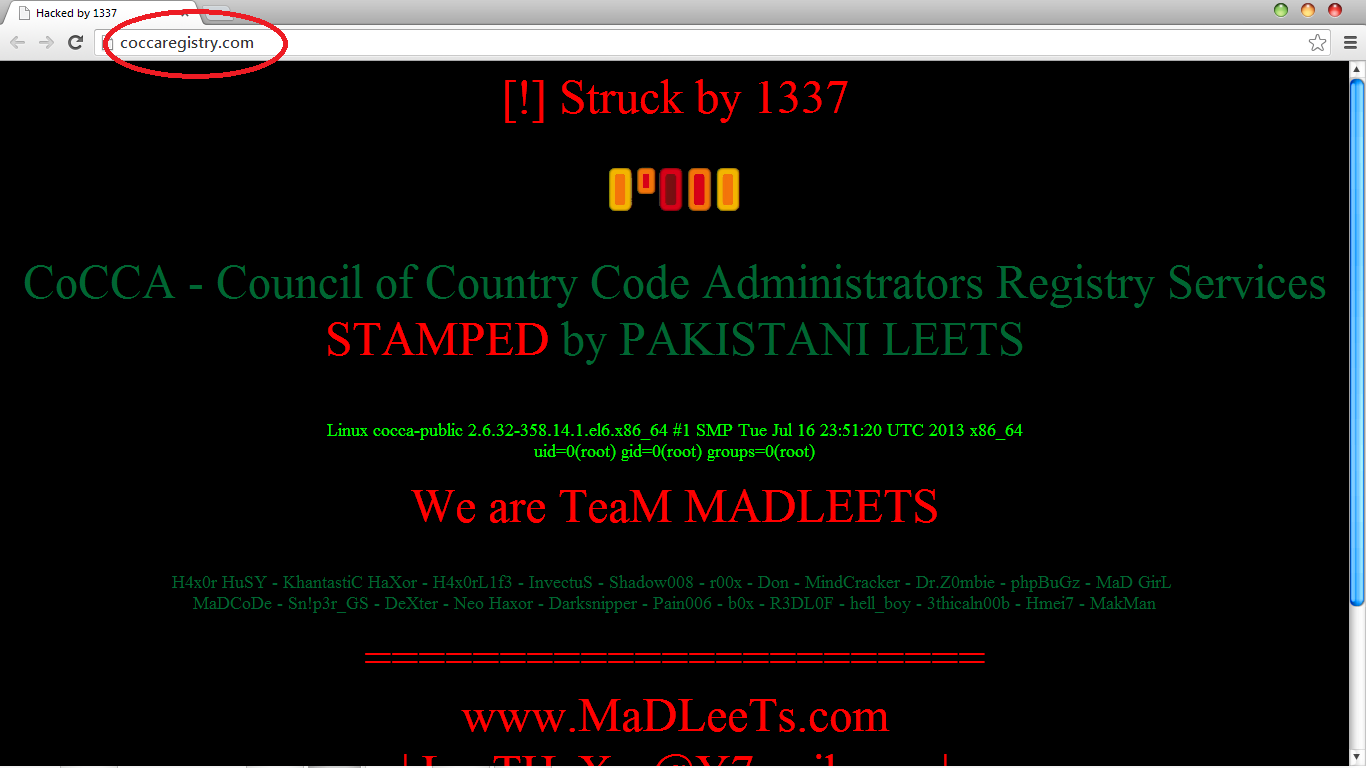 Once again today, a hacker with the online handle as "1337" from team Madleets have hacked Council of Country Code Administrators Registry Services (CoCCA ) and 12+ Domain Registry's included NIC registry also.

As I have talked with the hacker, he says that the attack was of 0day vulnerability. As hacker have 0Day private code with the help of it this hack was done. Hacker also mention the reason with the statement as

Reason for the hack was to alert people to stop believing is security since nothing is secure. Anything can be hacked at any time. 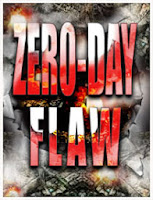 List of the domains that are affected and hacked is here with the mirror.

As earlier also some hacker have discovered 0day attack on the forum which is using vBulletin
CMS version 4.XX to 5.XX. By this attack many of the high profiled forum including
Garage4hackers  has been also compromised.
If this 0day attack also become public, then may be this will affects most of high registry services.

We will update this post as we got more information on this 0day attack.

Update:- After the 8 NIC domains, 1337 have hacked more NIC, which are as follows
Official Forum of WHMCS (forum.whmcs.com), then The Bhutan Nic (NIC.bt), following with Togo NIC (Nic.tg), then the NIC of Israel ~ This was one of my favorite attacks he unleashed over Israel (.il), Further attacks over Pakistan NIC (.pk), NIC of Serbia (.rs), Nic of Uganda(.ug), DNS of Cape Verde(.cv), NIC of Burundi(.bi)
#Defaced #News