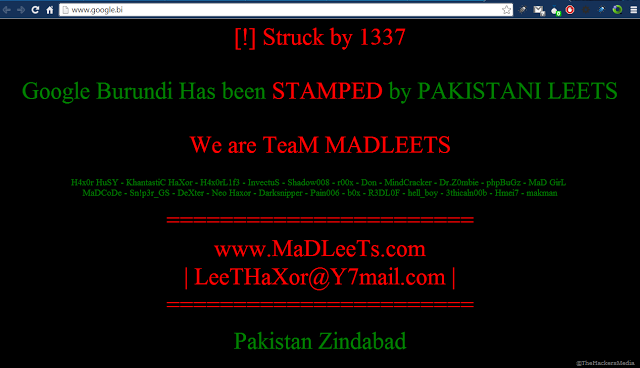 And again Mad Leets another hackers group from Pakistan have hacked two domain of Google. Google Kenya and Google Burundi have been hacked by the Madleets hacker.

Its being says that hackers have managed to hacked the Domain Name Server of the Google and changed the DNS server to there own DNS. This is DNS hijacking and this method is most popular for hacking high profiled sites. 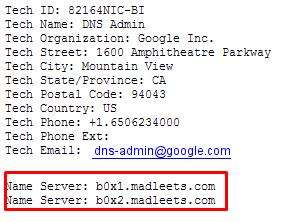 At the time of writing all the domains of Google has been restored and DNS server was also being restored.
You can check the mirror of the affected sites here.
#Defaced