Indian Bio Resource Information Network website hacked, hacked by H4x0r HuSsY, hacked by Godzilla, hacker defacing the sites, eve of Independence day, hacking websites
Pakistani hacker with the online handle "H4x0r HuSsY" who had hacked more then 2500 Indian sites on the eve of Independence day has once again attack the Indian Cyber Space.
This time hacker had breached the security of the Indian Bio Resource Information Network (IBIN), and deface the official site (http://www.ibin.gov.in/) of the IBIN. 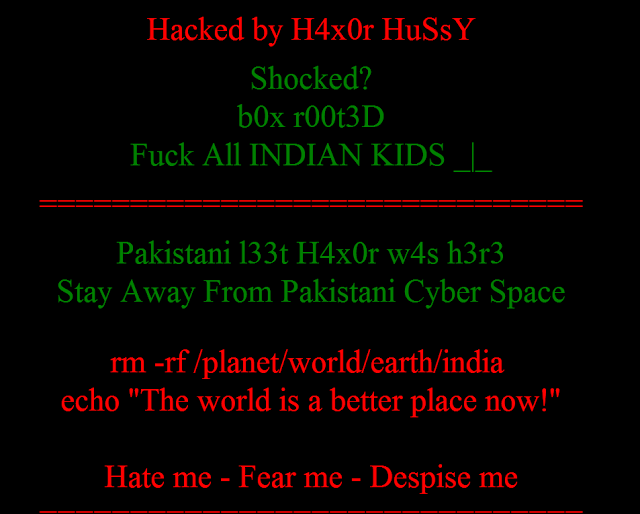 Hackers state that, site was hosted on the Windows 2008 server and hacker used the zero-day vulnerability to hack the server.

As per the message on the deface page it is being clear that, hacker have warned the Indian hackers to keep out of Pakistani server, Specially to Godzilla. Godzilla is same hacker who have hacked Pakistan government server and lastly he hacked Pakistani army websites and facebook fanpage.
At the time of writing the site was taken down but you can see the mirror of the hack here.
#News #Security