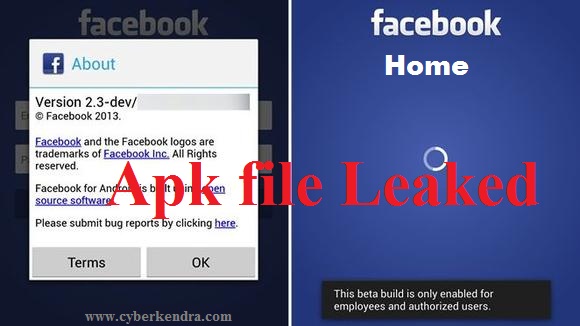 As we all know that last week Facebook launched its smartphone made by HTC, and name HTC first. This is one of the best smartphones that is coming on the market this Friday. As this is launched by Facebook, so we can understand that users of Facebook and other social networking site are very much enjoyable and easier. For this Facebook develop an app called "Home".
Again a couple of days ago, I also wrote some interesting features about this app Home, that users can enjoy with this smartphone. Facebook app this very new to everybody and everyone is excitedly waiting for this.
But you don't have to wait for its official release, because the apk file of the app "Home" has been leaked before its official release.
It is saying that Facebook Home will be only available to HTC One X, Samsung Galaxy S3, and Galaxy S4.  This leak was published on the post of modaco.com, which is now available for users. 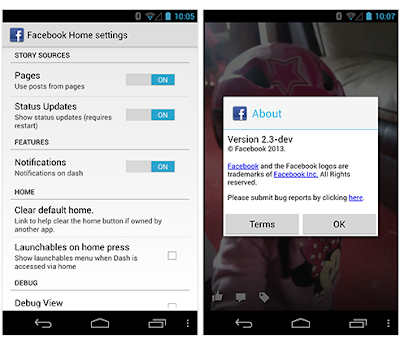 Unfortunately, there is some restriction with this version of the app. This build, which was pulled from
a pre-release HTC First ROM is a bit buggy and is only compatible with Android devices with a maximum resolution of 1280 x 768 pixels.
If you want to install the Facebook Home app on your android device then first you have uninstalled other Facebook apps on your device.
Modaco provides their apk files for download, to experience all the benefits of the Facebook Home app offers.
Get all Three Download apk files here
Facebook app    |   Messenger app  |   Launcher shell app
#Facebook #News