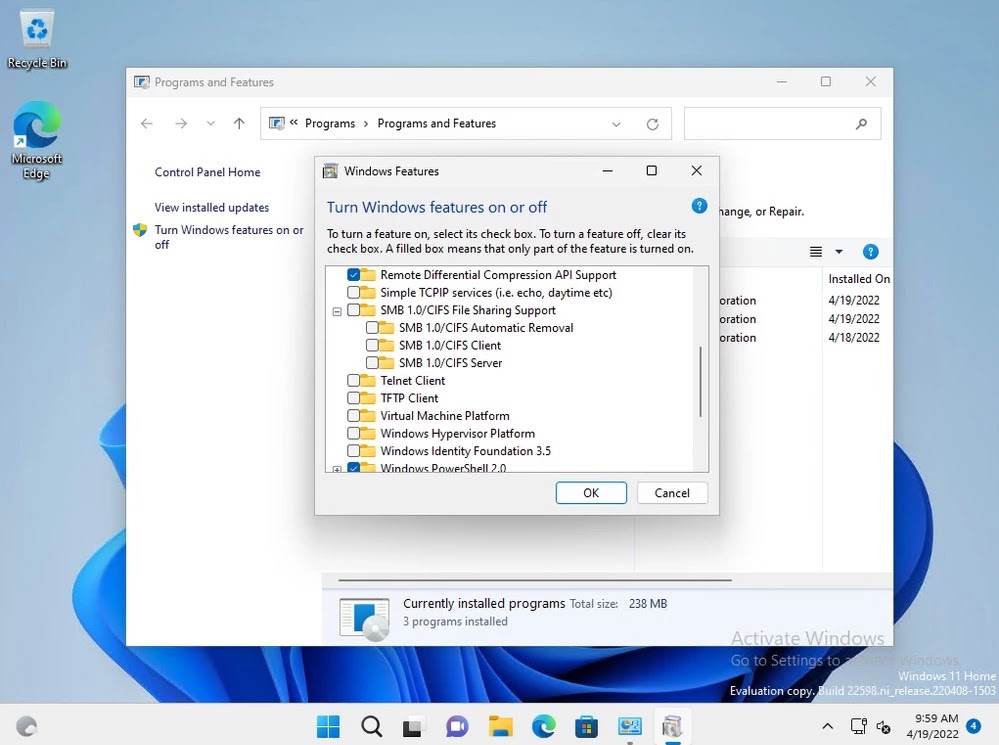 Initially, Microsoft announced its plan to disable SMBv1 in most versions of the Windows operating system in June 2017, but Home and Pro editions still had the client so users could connect to the vast fleet of consumer and small business third-party NAS devices that only supported SMB1.

"There is no edition of Windows 11 Insider that has any part of SMB1 enabled by default anymore. At the next major release of Windows 11, that will be the default behavior as well. Like always, this doesn't affect in-place upgrades of machines where you were already using SMB1. SMB1 is not gone here, an admin can still intentionally reinstall it."

Additionally, Microsoft is also going to remove the SMB1 binaries in a future release. Windows and Windows Server will no longer include the drivers and DLLs of SMB1. But Redmond will provide an out-of-band unsupported install package for organizations or users that still need SMB1 to connect to old factory machinery, medical gear, consumer NAS, etc.

Pyle also shared a list of vendors and products that require SMBv1 so users can avoid them and not get blocked from switching to newer and more secure versions of the SMB protocol.

For the note, the WannaCry and Petya ransomware epidemics both spread using the flaws (EternalBlue and EternalRomance) in the SMBv1 protocol. Microsoft has been recommending admins to remove support for SMBv1 on their network since 2016. Microsoft Exchange Team also urged admins to disable SMBv1 to protect servers from malware attacks.

If you are looking to disable the SMBv1 on your systems then you can follow the detailed guide shared by Microsoft.