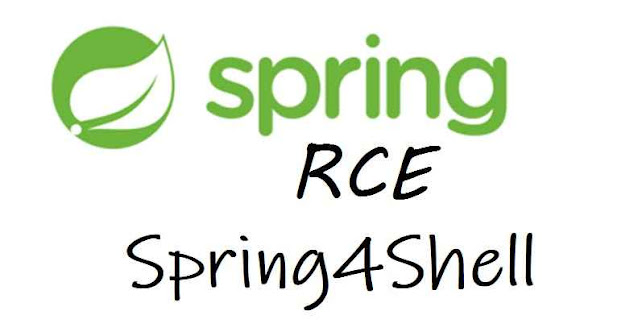 Update as of 31st March: Spring has Confirmed the RCE in Spring Framework. The team has just published the statement along with the mitigation guides for the issue. Now, this vulnerability can be tracked as CVE-2022-22965.
Update:- We have some information about the Spring4Shell vulnerability and have shared the details on Spring4Shell: Details and Exploit post. Additionally, the security team from Praetorian has confirmed Spring Core on JDK9+ is vulnerable to remote code execution due to a bypass for CVE-2010-1622.
At the end of 2021, the internet was on fire with the drop of Zero-day a remote code execution vulnerability also known as Log4Shell, in Apache Log4j2. The vulnerability was found by the Alibaba Cloud security team.

Today, researchers found another worst vulnerability which may cause severe damage to tonnes of applications. that can ruin the internet. At this point, there is no CVE id for this vulnerability, but Now the bug is been tracked as CVE-2022-22965, we may call it Spring4Shell. The vulnerability exists in the Spring core with the JDK version greater or equal to 9.0.

At this point, we don't have exact information regarding the bug, but from the unconfirmed sources, we got some details.

All the details below are confirmed now shared from an Unconfirmed source. We don't take responsibility for any damage caused.

As one of the world's most popular Java lightweight open-source framework, Spring allows developers to focus on business logic and simplifies the development cycle of Java enterprise applications.
Exploitation requires an endpoint with DataBinder enabled (e.g. a POST request that decodes data from the request body automatically) and depends heavily on the servlet container for the application. For example, when Spring is deployed to Apache Tomcat, the WebAppClassLoader is accessible, which allows an attacker to call getters and setters to ultimately write a malicious JSP file to disk. However, if Spring is deployed using the Embedded Tomcat Servlet Container the classloader is a LaunchedURLClassLoader which has limited access.
However, in the JDK9 version (and above) of the Spring framework, a remote attacker can obtain the AccessLogValve object and malicious field values through the parameter binding function of the framework on the basis of meeting certain conditions, thereby triggering the pipeline mechanism and writing arbitrary fields. file in the path.

On the running server of the organization system, run the "java -version" command to check the running JDK version. If the version number is less than or equal to 8, it is not affected by the vulnerability.

1. If the organization system project is deployed in the form of a war package, follow the steps below to judge.

2. If the organization system project runs directly and independently in the form of a jar package, judge according to the following steps.

After completing the above two steps of troubleshooting, the following two conditions are met at the same time to determine that it is affected by this vulnerability:

At present, there is no official patch for spring. But it is recommended to use the following two temporary solutions for protection, and pay attention to the release of official patches in a timely manner, and fix vulnerabilities according to the official patches.
Update: Now the Spring team has fixed the vulnerability and released the latest versions of Spring Boot 2.6.6 and 2.5.12 that depend on Spring Framework 5.3.18

We have some updates, this vulnerability is much bigger than NOT as bad a Log4Shell Vulnerability. So we recommend paying attention to the release of official patches and making it apply before crooks.

From the Git Repository of Spring projects, it seems that the Spring developer is working on a fix for the remote code execution vulnerability, but we have to wait for the official confirmation.