On analyzing, the main branch of the spring cloud function (commit dc5128b), a researcher found that the developer added SimpleEvaluationContext.  Using the isViaHeadervariable as the flag, the value judged before parsing spring.cloud.function.routing-expression is taken from the HTTP header.

The spring.cloud.function.routing-expression parameter exists in the HTTP request header of accessing Spring Cloud Function, and its SpEL expression can be injected and executed through StandardEvaluationContext. This allows an attacker to use this vulnerability to perform remote command execution. 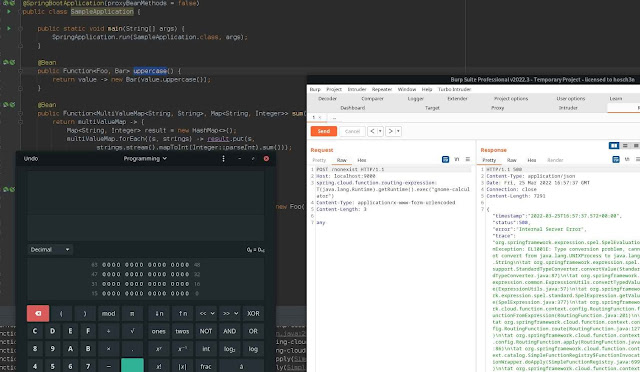 What is Spring Cloud Function?

According to the official docs, Spring Cloud Function is a project with the following high-level goals:

It abstracts away all of the transport details and infrastructure, allowing the developer to keep all the familiar tools and processes, and focus firmly on business logic.

The vulnerability has been classified as Critical with a CVSS score of 9.0 out of 10.

The good news is that only the dynamic routing of some version-specific configurations of Spring Cloud Function (version 3 <= version <= 3.2.2)  is been affected.

The bad news is there are various variants of SpEL expressions such as charset and replace. Additionally, an Exploit for this critical vulnerability is already available on the internet.