After hacking into the official site of US Army (army.mil), Pro hackers group Syrian Electronic Army have showed another hack. On the twitter account they posted the image of domain panel of the GCHQ. 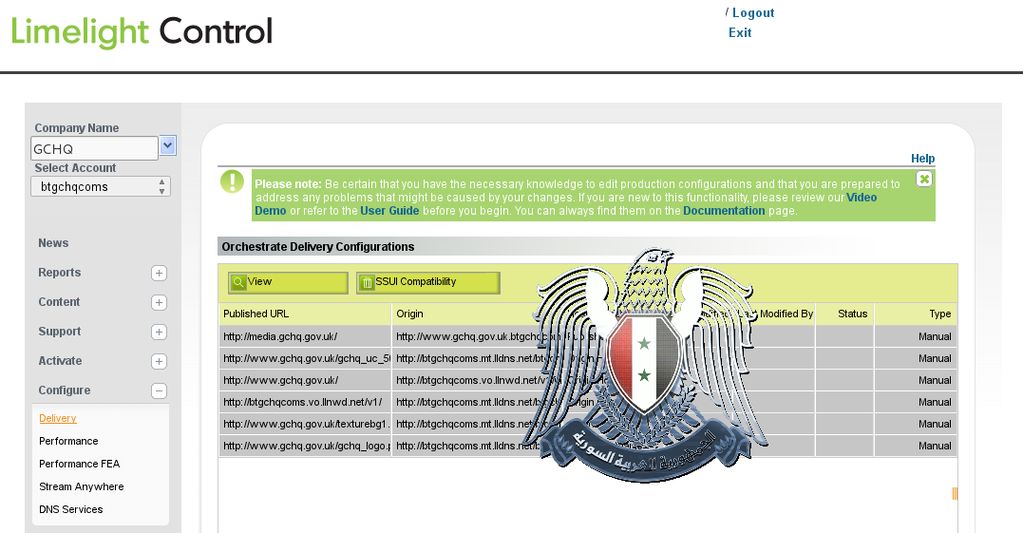 The Government Communications Headquarters (GCHQ) is a British intelligence and security organisation responsible for providing signals intelligence (SIGINT) and information assurance to the British government and armed forces.


After US Army, now SEA targeted US intelligence and security organisation, and on the talk With SEA hackers, [we] Cyber Kendra have reported that SEA fequrently pentest US government servers and Networks. Moreover, they also mentioned that they have a huge amount of data collected from the previous hack.

Unfortunately, in an statement given to Ars by Limelight spokesperson say - "we didn't have any evidence of customer data compromise". But   SEA hackers confirmed to +Cyber Kendra  that they have huge amounts of data containing details about the US army soldiers, officers, generals, etc...  Another think they confirmed that, they also have some important and confidential files and reports.

Syrian Electronic Army says to Cyber Kendra that GCHQ was not there target, it was US Army and they achieved it.
#Hacking #News #Security