Google Malaysia Hacked By Bangladeshi Hacker along with Yahoo and YouTube 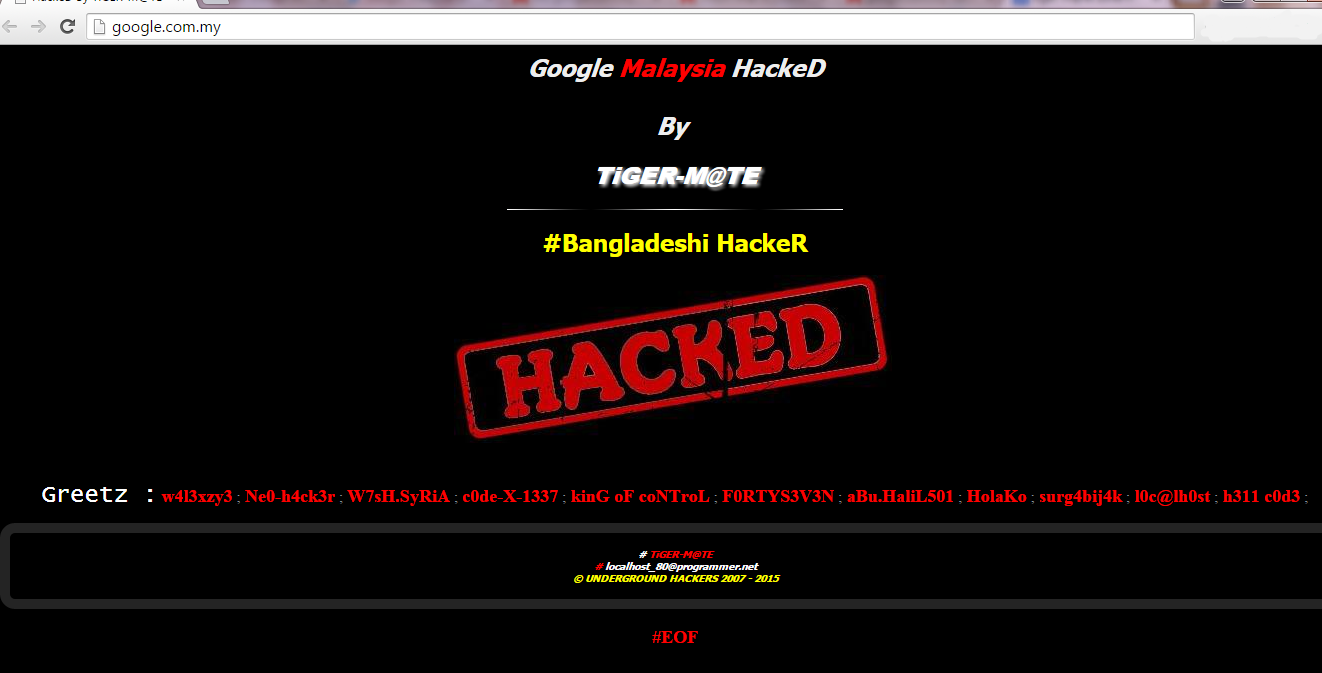 A popular Bangladeshi hacker [email protected] have once again back with his website defacement. He was also know for defacing high profiled sites. He was silent form very long time and now he had returned with his another high profiled defacement.

This time his latest target was Google Malaysia, where he had defaced Google Malaysia domain (Google.com.my). Along with Google domains he had also defaced the Malaysian domain of YouTube and Yahoo.

As like earlier this hack was  also a DNS Poisoning (DNS Hijacking). Hackers have hacked the domain registrar of the Google Malaysian and change the Domain Name Server (DNS) of domain to redirect the main domain to the defacement page.

Google Malaysia acknowledged that its service was disrupted owing to DNS redirection in a tweet, and encouraged users to visit its country-neutral page until it resolved the issue.

After seeing the zone-h mirror, [email protected] had not only hacked Google Malaysia but on 7th of this month he had also hacked Google Moldova domain along with Yahoo, Microsoft, BBC and msn.