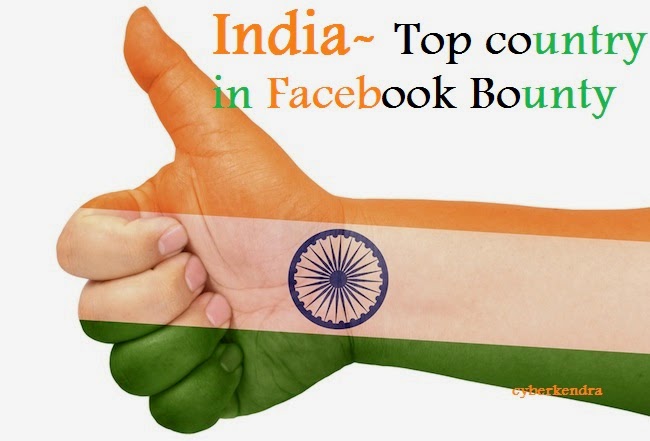 Almost every time, when a person heard about 'Hackers' they get a negative meaning for hackers as people think that they always do bad activities like of cyber crime. But this is not so true, as there are some who hack and use their knowledge  to help others and for the benefits of all community, and they are White Hat Hackers, or Security Researcher.

Social networking giants 'Facebook' have just shared their experience and highlights of their bounty rewards. On the post, Facebook security Engineer Collin Greene, wrote that they had a great experience last year 2014 with a security community under bounty programs. They mentioned that they got many new things to learn from the security community.

With the bounty programs, Facebook had been benefitted a lot. In response to this Facebook share some of the  highlights from the past year, which follows-

Last time also, Facebook reported that India is the Top country to report the bug to the company under the bug bounty program. Regarding this year 2015, Facebook noted that they had already received more than 100 valid reports since the start of the new year.

I wish all my hackers and researcher friends a hearty congratulation for this Achievement, and Thanks you all for making our Nation Proud.
#Bug Bounty #Facebook #India