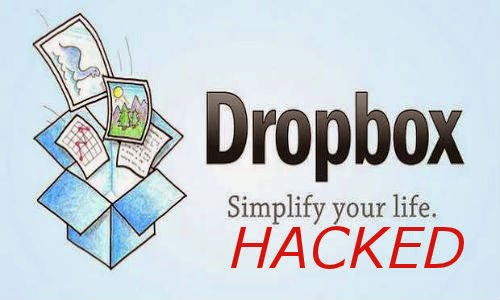 When Cloud Computing was introduced it is said to to be one of the secure way to store your files, data, photos and other stuff over internet. But now this is going just opposite of that. Now a days Cloud service are one of the prior target of cyber hackers. After the recent hack of Apple iCloud service, which is getting worse another cloud service "Dropbox" have been breached by the hackers.

Today on reddit, a thereat was getting viral, which contains the pastebin link that includes the login credential of about 7 million Dropbox users. All the data on the pastebin was in plain text, but it is yet not confirmed from where they were obtained.

There were a series of the pastebin links which contains the hundreds of username and passwords but on the forth link leaker/hacker had asked for Bitcoin donations for continued leaks.


Here is another batch of Hacked Dropbox accounts from the massive hack of 7,000,000 accounts
To see plenty more, just search on [redacted] for the term Dropbox hack.
More to come, keep showing your support

The hackers claim to have over 6.9 million email addresses and passwords belonging to Dropbox users.  Almost all the  user-id and passwords are working fine.

On this data breach Dropbox denied the breach of its service and pointed that the leaked data were obtained from the breached of third party service. The statement made by Dropbox to TNW follows-


Dropbox has not been hacked. These usernames and passwords were unfortunately stolen from other services and used in attempts to log in to Dropbox accounts. We’d previously detected these attacks and the vast majority of the passwords posted have been expired for some time now. All other remaining passwords have been expired as well.

This is an alarming trend. Services like Dropbox, Snapchat, and Apple have pushed blame on users and other third parties following recent hacks when it's clear they're not doing enough to scrutinize the kinds of apps that have access to their platforms.
#Cloud Computing #Data Breached #Dropbox