Microsoft Will Soon Bring Back The Start Menu In Windows 8.1 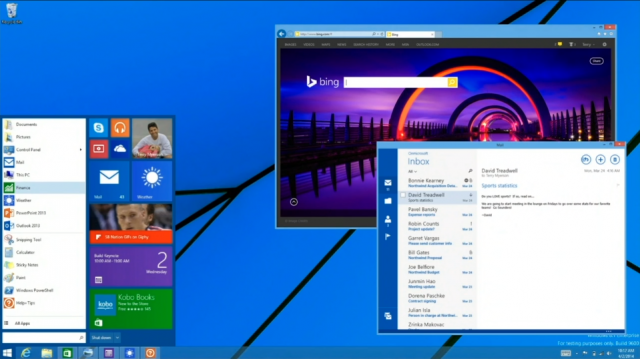 As on the latest conference where Microsoft have revealed many of its new products and also made some of its products free for Android and iOS platform. On the same day Microsoft also announced that they will soon released the major updates of Windows 8.1.

As Microsoft have removed Start menu, many of its users were upset and they are having harder to use Windows 8 and Windows 8.1. The new Start menu will combine live tiles and other Metro-influenced UI elements, as well as most of the features still available in the Windows 7 menu.

We aren't sure exactly when this update will be available, but it's just the latest step back that Microsoft has taken from the original user interface it introduced in Windows 8. In the future, all of Microsoft’s Universal Windows apps will also run in a window. That sounds like the company is backing off a bit from its Metro interface on the desktop.
#Microsoft #Windows