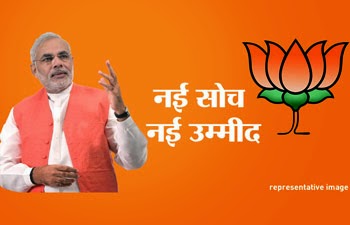 Indian Political party, Bharatiya Janata Party (BJP) website has been banned in Pakistan. People in Pakistan cannot view the website of  BJP which has blocked the access of the site. Although, the profile of its prime ministerial candidate Narendra Modi can be accessed by internet users from Pakistan.


All BJP's site are showing error 1009 with a message

"Error 1009 The owner of this website (bjp.org) has banned your IP address (---) on the country or region you are accessing it from,"

We have lastly reported that, after the hack of the some BJP site Indian hacker with online handle "Yamraaj" have hacked Pakistan government site as a payback of the hack.

It has been seen about 10 to 12 sites of BJP's or Narendra Modi's have been hacked and defaced by the hackers.

Do you think this step makes the hackers out from there site .. ??? I would say better to secure the site and patch the loopholes, rather blocking the sites over the country.
#Defaced #News