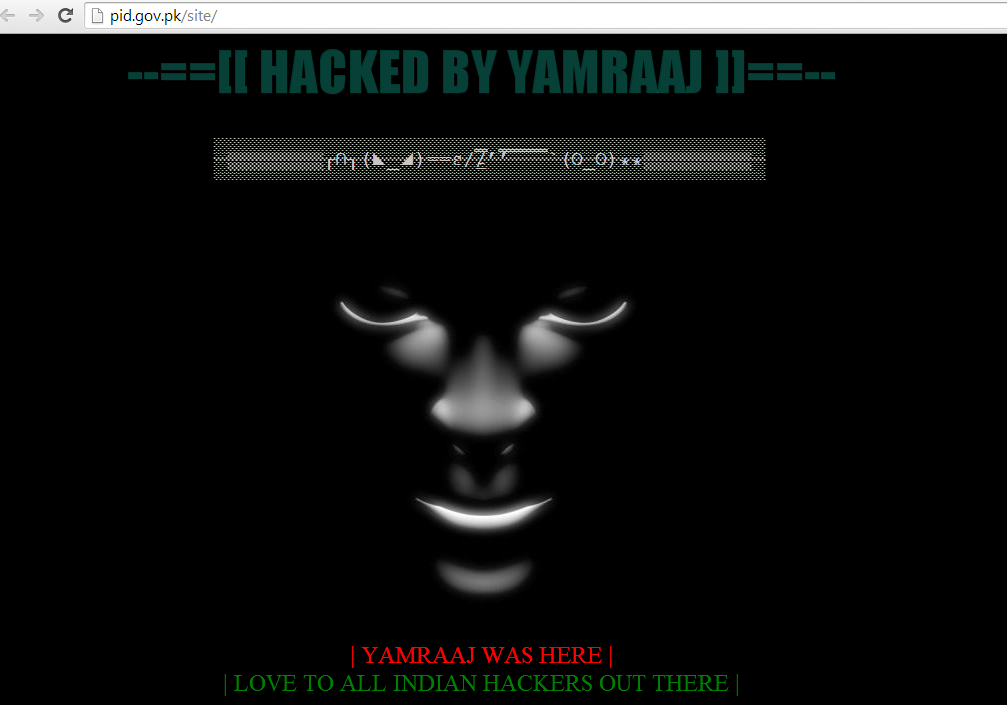 On the all the hack hackers message on deface page showing about the (#Opkashmir). It seems that Pakistani hacker were protesting for the Kashmir (State of India).

On this regards, a know Indian hackers (Yamraaj) have also defaced the Pakistani government website. Press Information Department (Government of Pakistan (http://pid.gov.pk/site) have been hacked and defaced by Yamraaj. Additionally Many of the Indian hackers came up together and make the number of Pakistan government site offline via DDOS attack.

Earlier also Yamraaj have hacked many Government website of Pakistan and Bangladesh.
#Defaced