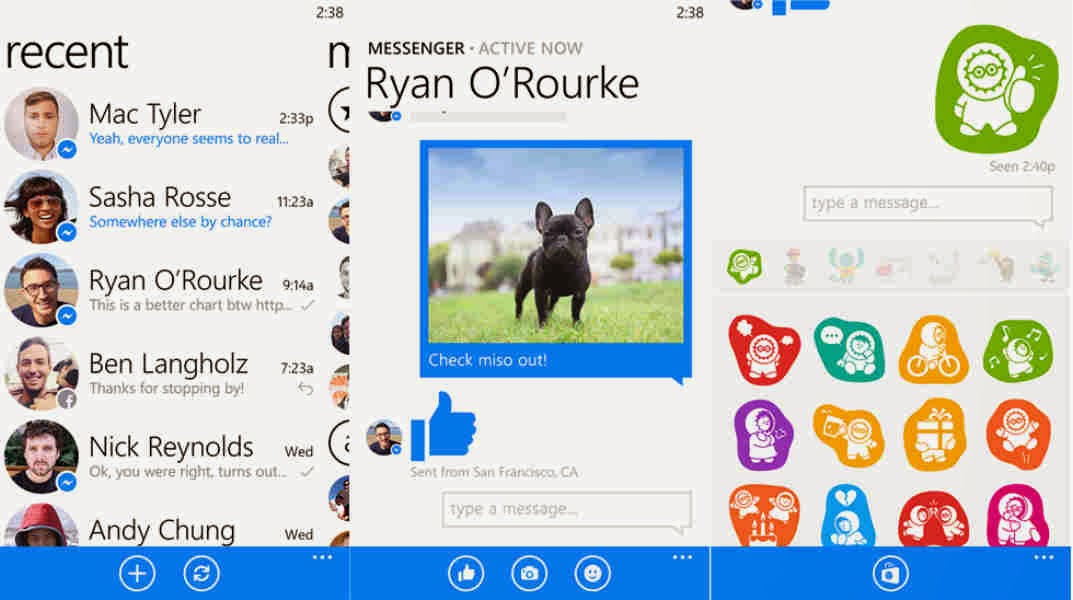 Facebook have integrated the apps alike apps for Android and iOS devices. It featured with all the basic features that a messenger have on Android and iOS platform, as like sticker, sharing photos in private chat, and share location.

Initially Facebook messenger for windows was released in 2012, and its beta testing was in 2011.  It seems that, Microsoft is keep Facebook in one of its product only. Microsoft is getting together both windows and windows phone , but will take long time to succeed.