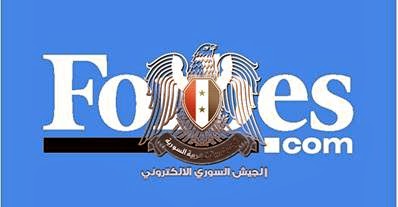 "Users email address may have been exposed. The password are been encrypted, but as a precaution we strongly encourage Forbes readers and contributors to change their passwords on our system, and encourage them to change them on other websites if they use the same password elsewhere,”

“We have notified law enforcement. We take this matter very seriously and apologize to the members of our community for this breach.” They added.

Initially Syrian Electronic Army offers to sell the users credential details taken form the database of Forbes, but after a hour they offered to publishing it for free.

Earlier, today Syrian Electronic Army have uploaded all the 1 million of the data into the Secure host, (as they say on the tweet" . All the data uploaded on the server located to United kingdom (91.227.222.39). Earlier also SEA hackers have used this server while hacking the marines.com.