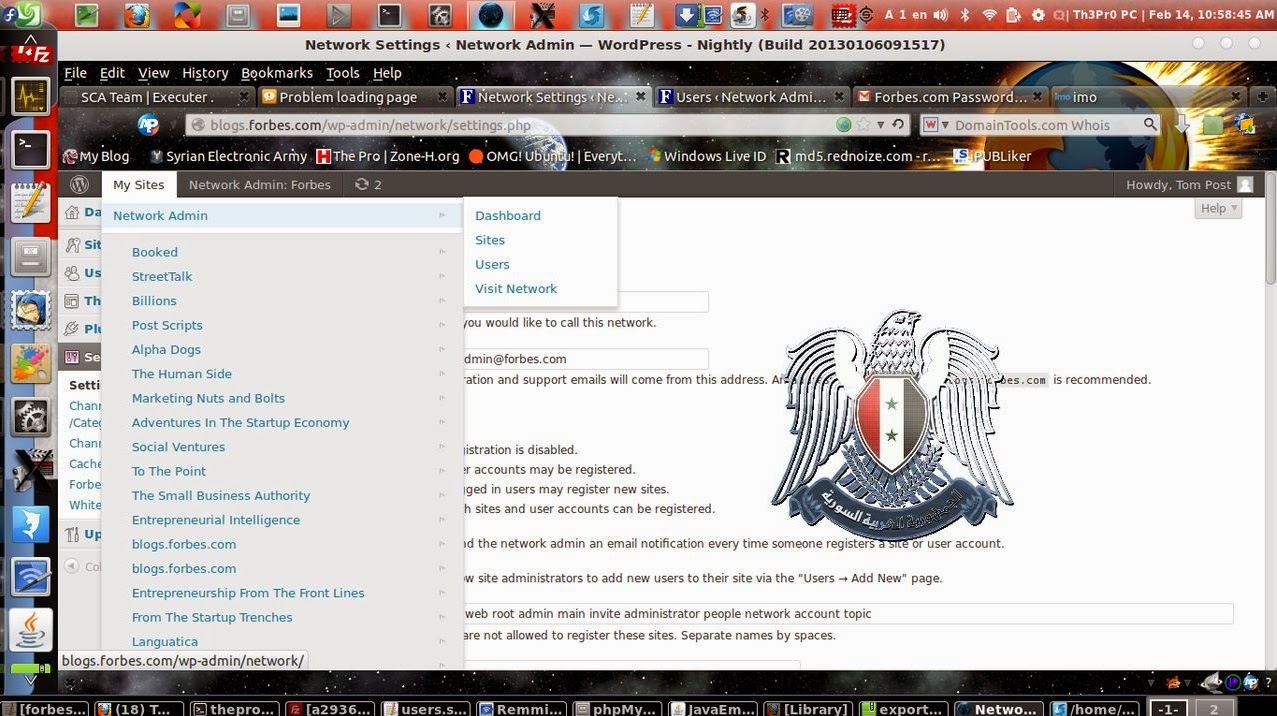 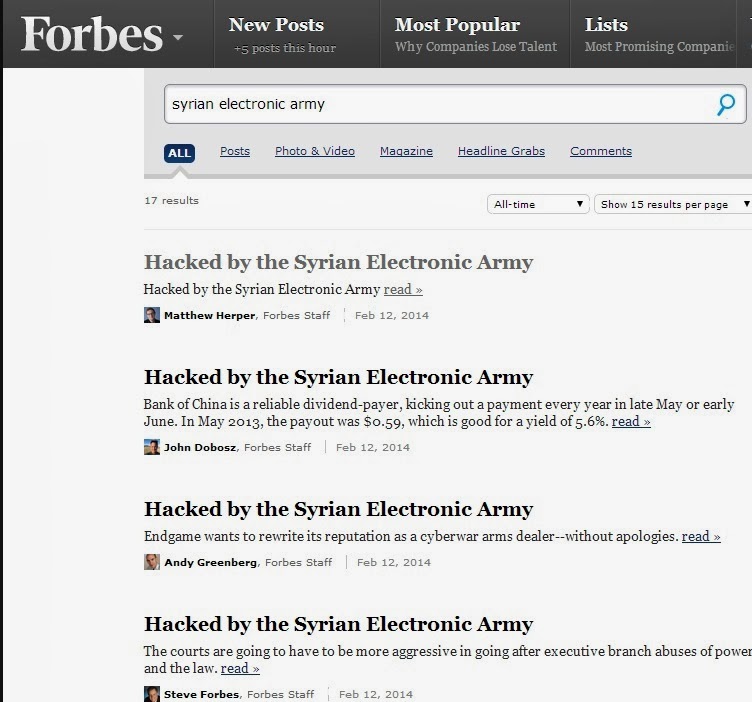 On the twitter Syrian Electronic Army have confirmed the hacked of the Forbes and twitted some of the screenshots also. (That you can see above also)

The hackers have hijacked three Twitter accounts belonging to Forbes and its employees: @samsharf, @ForbesTech, @TheAlexKnapp. At the time of writing, only the one of Samantha Sharf shows a “Syrian Electronic Army Was Here” messages.

Syrian Electronic Army have confirmed that, they have not done any damage to site after that of post. Reason for hacking the Forbes is "publication have posted many articles against the SEA with much hate for Syria"