Just a week ago, Syrian Electronic Army lasted victim was Microsoft, in which SEA hackers have hacked Microsoft Skype Social media accounts. Where they have hacked Twitter account , Facebook page and a Skype official blog.  After that hack SEA hackers continiues playing with Microsoft and still they are hacking into Microsoft products.

Latest victim of Syrian Electronic Army is Microsoft Xbox. Just a minutes ago, SEA hackers have hacked Xbox official Support twitter accounts and posted Some of the tweets from the hacked accounts. 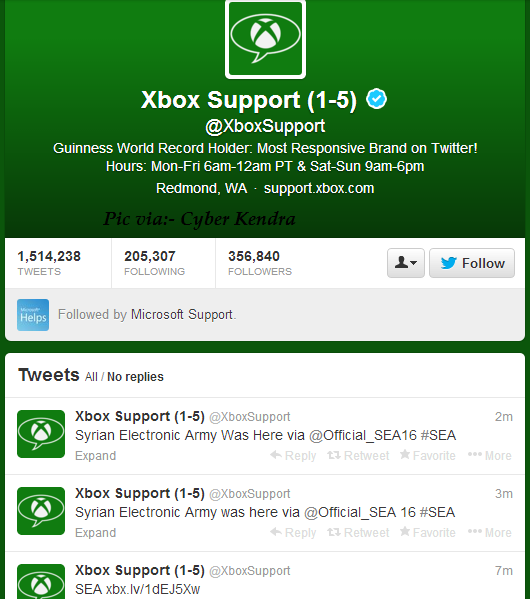 Syrian Electronic Army have also posted on there official twitter account that, they are playing with the Microsoft again and named as Part 2. May some more hack incident will comimg up next.
We are trying to get in touch with the hackers, for more updates.