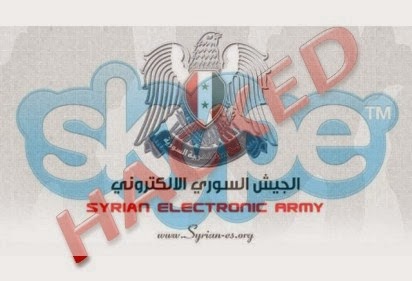 New Year have just arrived, but hackers have welcomes there presence by there hacking. Once again, popular hackers team, Syrian Electronic Army (SEA) have  hit the cyber world with the latest hack took last night.
A group know for hacking major organization profiles and online social accounts , have hacked Skype. Syrian Electronic Army have hacked Skype Twitter and Facebook accounts and also Skype official blog. On all the hacked Profiled hackers left message as : end spying on the public 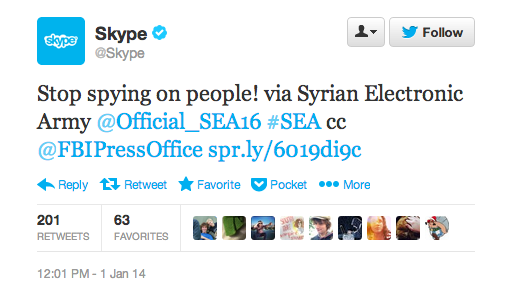 Hackers tweeted via hacked account as, "Stop spying people ! via Syrian Electronic Army". This tweet was done just after an hour of the hack.

After twitter, hackers gained access to the Skype facebook account also, and posted the message, as warning to the users of hotmail and outlook. They wrote,
Don't use Microsoft emails (hotmail, outlook). They are monitoring your accounts and selling it to the government. 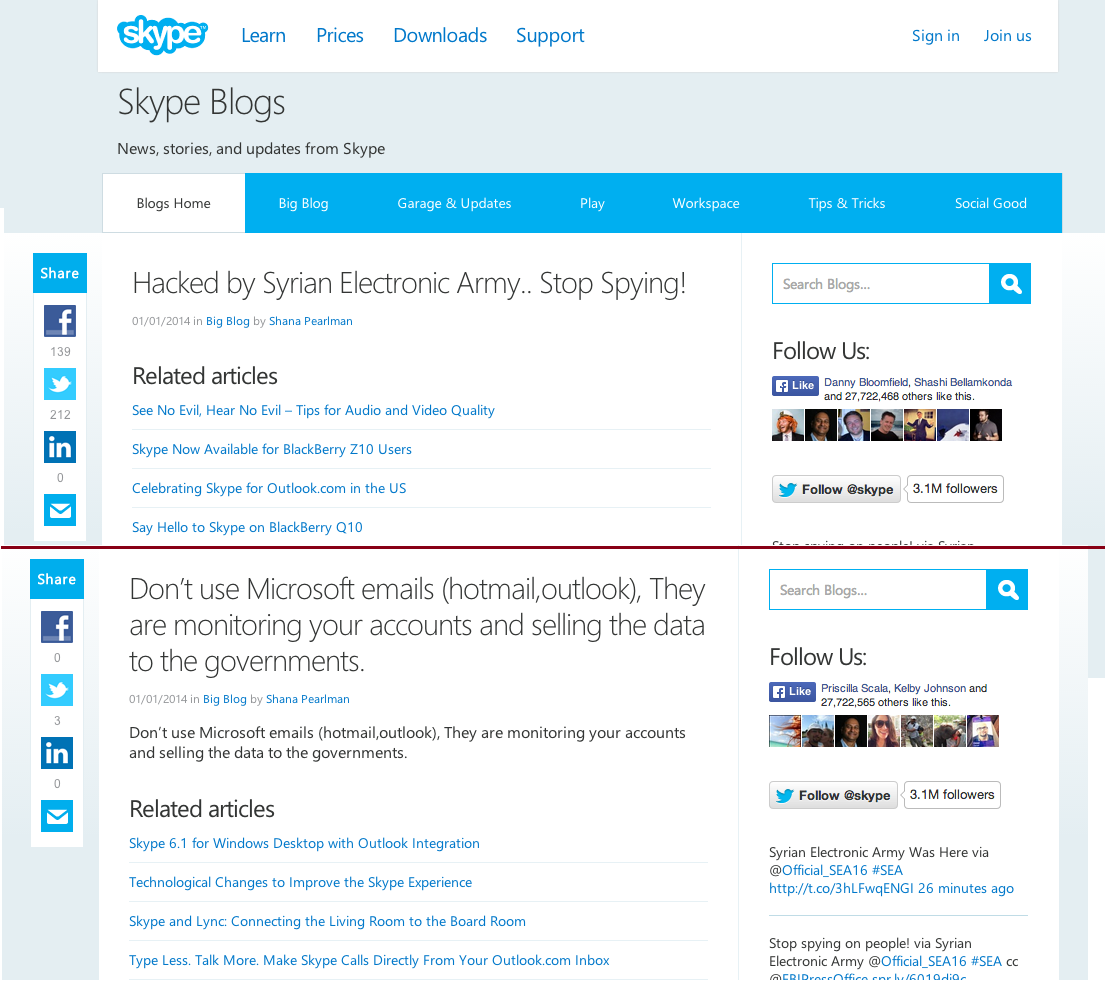 On the blog also, it seems the same message published on the blog post.

After some hours of the hack, Skype have recovered there beached accounts and restored it as earlier, by deleting all the post made by the hackers.
On the contact to the Skype team, A Sky
pe spokesperson responded with a statement:
“We recently became aware of a targeted cyber attack that led to access to Skype’s social media properties, but these credentials were quickly reset. No user information was compromised.”

You may have noticed our social media properties were targeted today. No user info was compromised. We’re sorry for the inconvenience.
— Skype (@Skype) January 2, 2014

As Skype states that, none of the users account have been compromised, but its not clear that, how much deeply, hackers have effected the server and its service, as on the all message Syrian Electronic Army (SEA) says more to come.

It seems that the hack was most likely linked to the US National Security Agency’s surveillance programs uncovered by former contractor Edward Snowden.

As on 31st on last year, Wikileaks Co-Founder +jullian assange  have called up all hackers around world to Unite against NSA Surveillance.
#News #NSA #Security