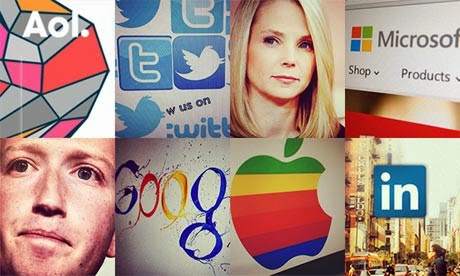 A group of world tech giants company have come together to form a Reform Government Surveillance group, an organization to push the activity of the US government surveillance in response for NSA revelations, which has been brought out by Edward Snowden.
On this group leading internet  companies like Facebook, Google, Microsoft, Apple, AOL, LinkedIn, Twitter and Yahoo, have held together and launched a site Reform Government Surveillance , to show there pledging support to sweeping new reform proposed by Washington politicians. They have quoted for the world government as follows


"It is time for the world’s governments to address the practices and laws regulating government surveillance of individuals and access to their information".

Group gives the five principles to change via website are
They have also published a open letter to world government stating to make the government surveillance efforts are clearly restricted by Law, must be transparent and  subject to independent oversight. 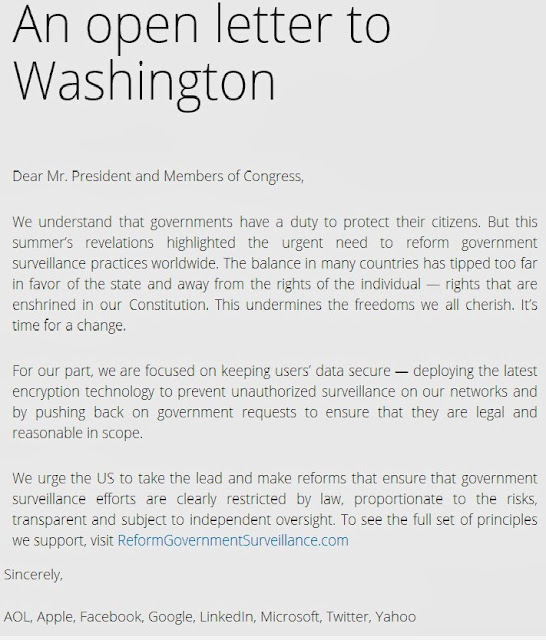 On the website, a brief quote have been given by CEO of each company, as taking the initiative to be loyal with there customer and providing there pledging supports.
#Facebook #Google #Internet