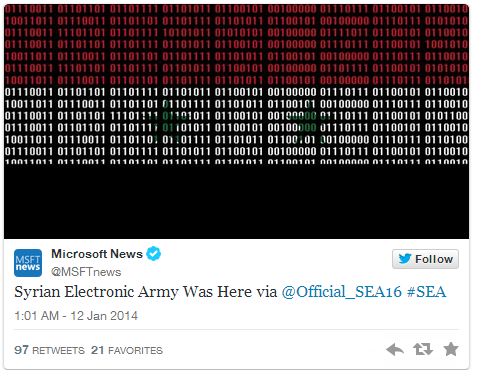 First targeted, Skype, after that Xbox and now Microsoft News, seems that SEA hackers are just sitting and playing with Microsoft. 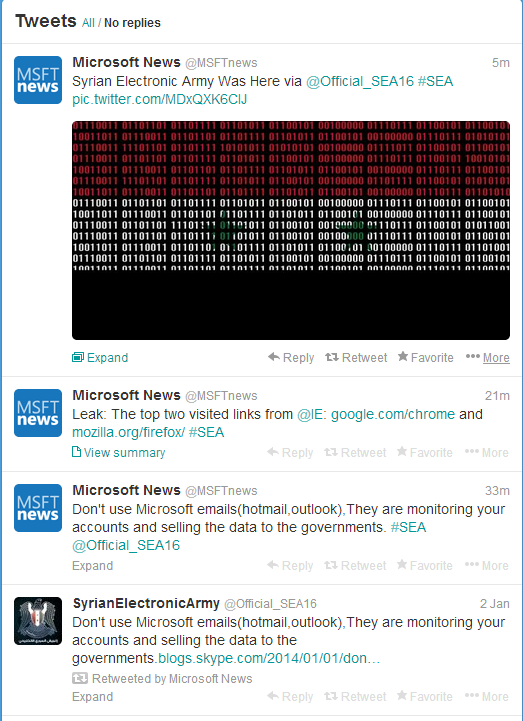 After hacking the twitter account hacker tweets " Don't use Microsoft emails(hotmail,outlook),They are monitoring your accounts and selling the data to the governments", Its the same message hackers wrote on 2nd January hack also.

We are trying to contact the with the SEA team, as we get any updates we will update this post also.

UPDATE:-
After hacking into the twitter account of Microsoft, SEA hackers have not stopped, they continuously accessing the Microsoft online media profiles. This could be the worst hack incident ever had, and this is worst day for Microsoft also. 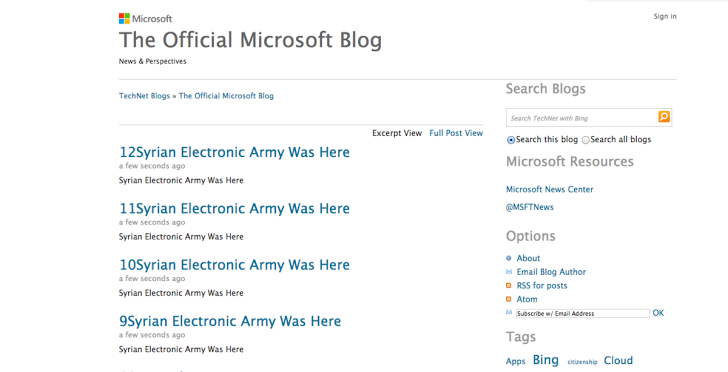 May there will be more coming, and Microsoft Security team is just discussing only. This gives the rise to system security of the firm.

The hacked post and tweet were visible for at least an hour, but after that Microsoft team have recovered it, and all the tweets and post were deleted.