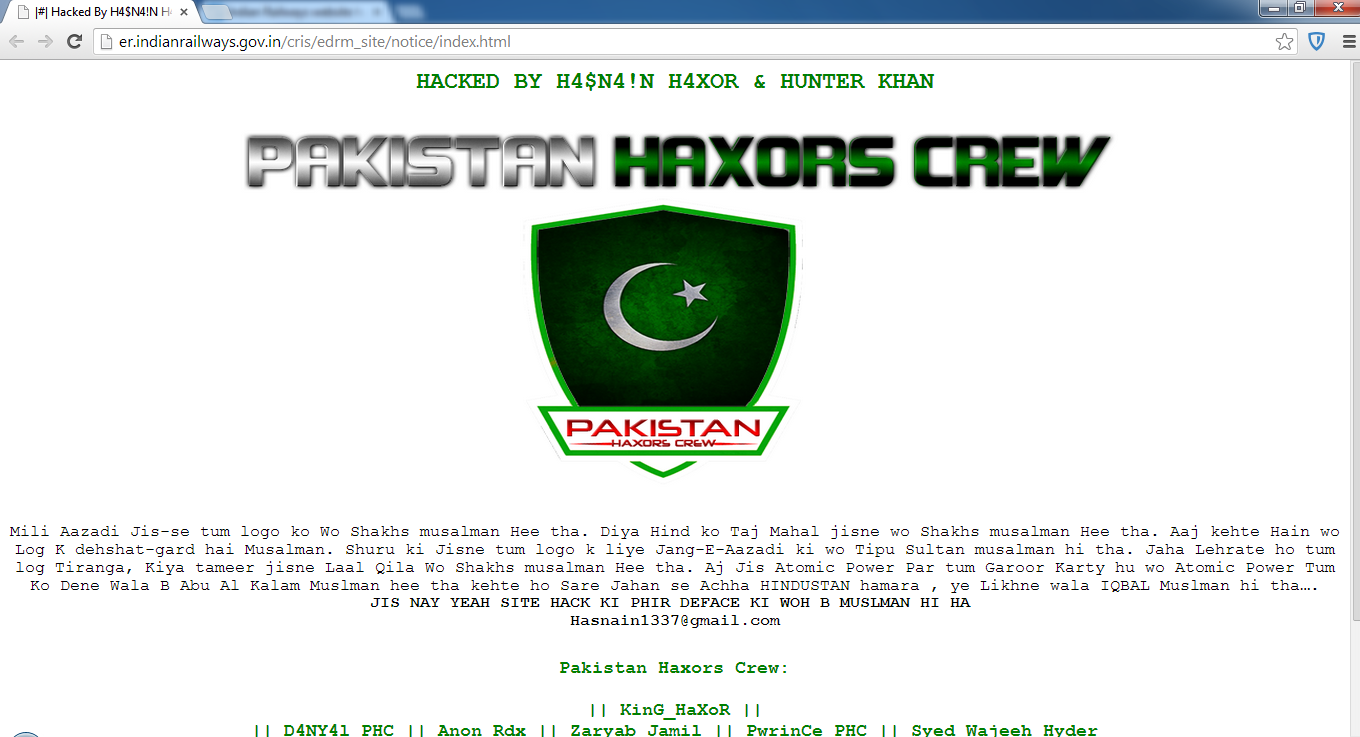 
Hackers have not defaced the home page of the site, rather they have uploaded there deface page on the sub directory of the site URL (http://er.indianrailways.gov.in/cris/edrm_site/notice/index.html).

This was the Third time that the Railway site hacked, Continuously from year 2012, 2013 and this year site has been hacked. And all the hack was done by the Pakistani hackers group but different hacker.

At the time of Writing, the site is still showing the deface page. Earlier also hacker name H4$N4!N H4XOR have hacked the Indian Government sites in which Indra Gandhi International Site had also been got hacked.
#Defaced #News