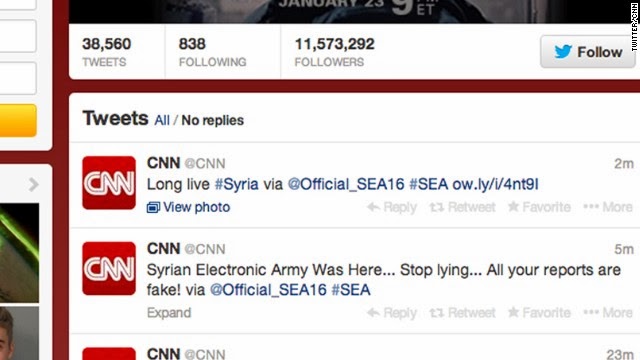 After the continuous hack on the Microsoft media accounts, now Syrian Electronic Army's hackers have got the new victim of there latest hack. Yesterday hackers of SEA, have hacked another online media's accounts. The latest victim of SEA was CNN's.

Tweets made by hackers have been deleted within a minutes, and accounts were recovered. This is the second online media's who is victim of SEA hacker after New York Times.
#News #Syrian Electronic Army #Twitter