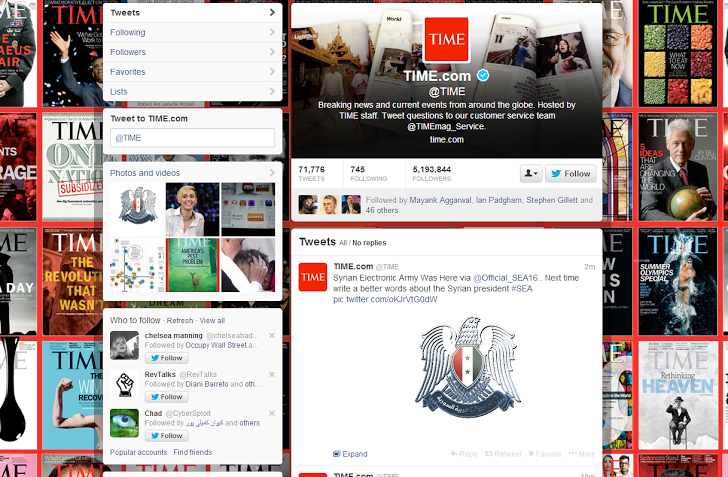 This is because Time Magazine is currently having the polls for Who Should Be TIME’s Person of the Year? and on their website the Syrian President Bashar al-Assad is described as, "Syria’s ruler presided over a bloody year, shrugging off international concerns over the use of chemical weapons as the death toll of his country’s civil war eclipsed 100,000."

Some of the organisation who was victim of SEA hackers are New York Times, Melbourne IT server, Barrack Obama's online accounts, Outbrain, True Caller, Viber, and all the list is here.
#Security #Syrian Electronic Army #Twitter