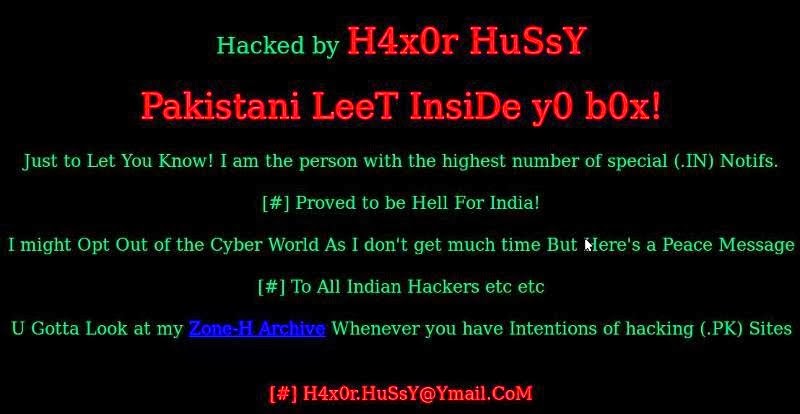 Once again Pakistani hacker with the online handle "H4x0r HuSsY" have again hit the Indian Cyber Space and hacked number of Indian domains. This time hacker have hacked the Indian state Rajasthan Government server and rooted the whole server.
On the deface page hackers wrote


"Proved to be Hell For India! I might Opt Out of the Cyber World As I don't get much time. But Here's a Peace Message. To All Indian Hackers etc etc U Gotta Look at my Zone-H Archive Whenever you have Intentions of hacking (.PK) Sites"

Along with this message hackers also point out that, "he is the person with the highest number of special (.IN) Notifs" .  After reading the above statement it is clearlfy that the reason for the  hacking is just to increase the count of the hack on zone-h. Earlier also "H4x0r HuSsY" have hacked number Indian government sites.

Hacker have not defaced the home page of the site, rather he just uploaded his deface page on the root directory of the site as "1337.html ".

This is not the first time Rajasthan government server has been hacked, earlier also it is being hacked by Khantastic, and again it is hacked.

You can find the list of the site hacked here.