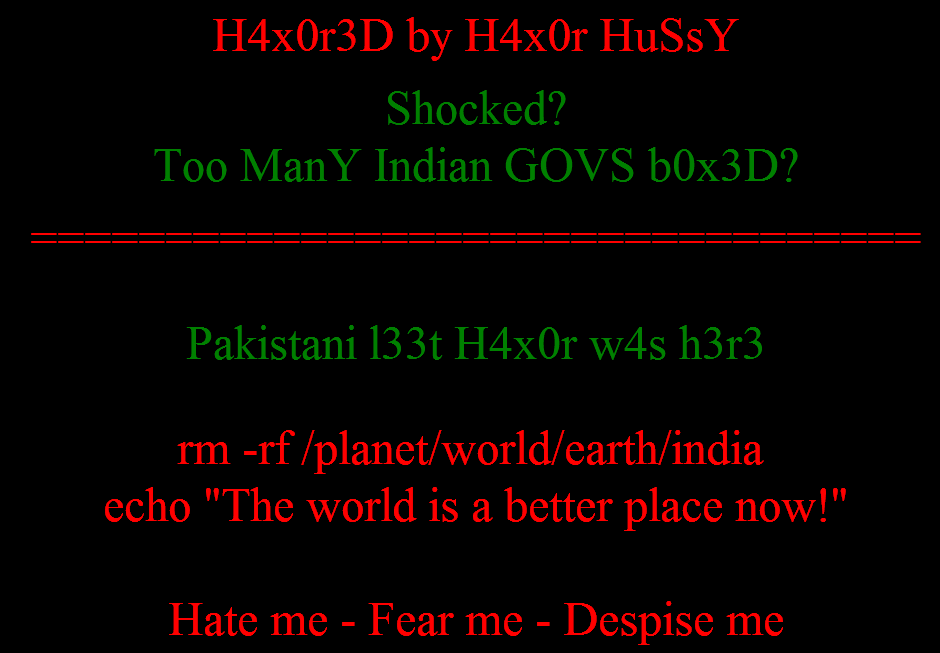 As we all know that, cyber attacks between Indian and Pakistan is not new, as both of the respective hackers regularly hack each other sites.

This time hacker have hacked the official website of Public Works Department, Punjab and other 10 government sites also.

Sites which are affected by the hack are as follows,

At the time of Writing some site still shows the deface page and some are fixed. You can check the mirror of the sites here.
#Defaced