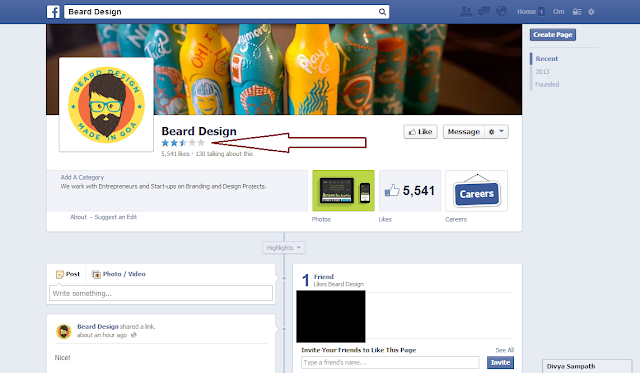 After introducing Like feature, Facebook added a Fan-page option for all users. This is mainly used by the business or organisation, or any celebrities. As on fanpage facebook given like features, but now like features is getting old on Fan-Page.
Last update on fanpage was, insight features, which is available for page admin, which tell the stats of the post, posted on page. This much helpful for page admin, to know the activity of its fanpage.

So here along with like button, Facebook is testing the Star Rating on the fanpage. This feature is under testing mode and on desktop version of the site.

For this Facebook haven't made any announcement till yet, but hopefully this feature is also going live soon. We will notify as any updates received regarding this feature on Facebook.
#Facebook