Google Announces Next version of Android as Kitkat 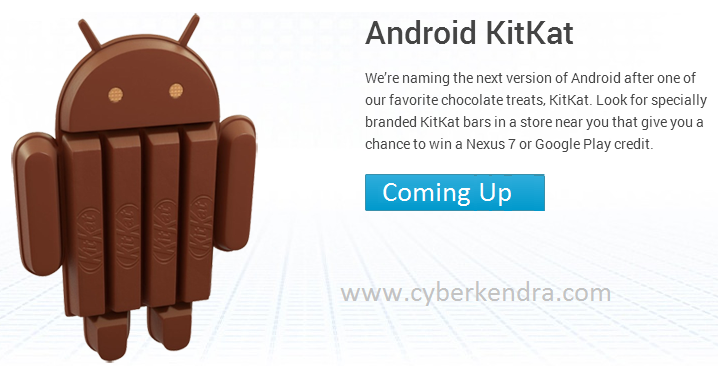 From the months back there was a news that Google is going to launch its new version of android i.e Android v5 as a name of "Lime Pie", but today Google have made something different with that.
Also Read:


As everybody finds it difficult to stay away from chocolate we decided to name the next version of Android after one of our favorite chocolate treats, Kitkat®!