Pakistani Hacker Continues Attack on Indian Cyber Space, pakistan hacking Indian Server, Indian sites hacked by hackers, hackers are defacing sites, Indian server rooted
Once again Pakistani hackers are hacking Indian domains and defacing it. On the 14 and 15 August on the eve of the Independence Day both countries hackers have hacked each other countries sites and defacing its homepage with a message as "Happy Independence Day".

On the Independence day, Pakistani hacker have hacked totally more than six thousand sites and on other hand Indian hackers hacked 6.5 thousand site. The cyber war between these two countries is not getting end. 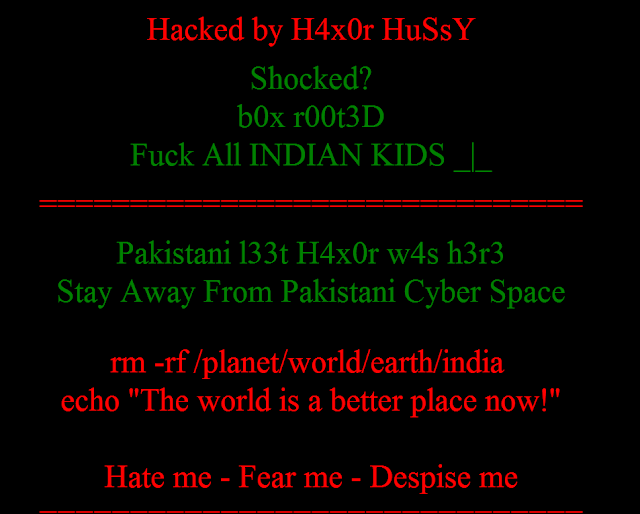 Once again Pakistani hackers have hacked several domain on Indian, today. Hackers have rooted the server and added its deface page on the root directory of the sites. Sites which are being hacked can be seen here. A hacker code name "H4x0r HuSsY" have taken the initiative of hack. As per the post, it is being says that there were about 2500 sites that been been hacked.
On the deface page hacker wrote