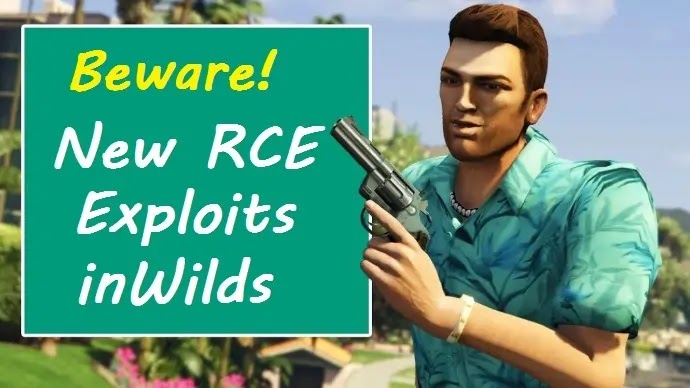 If you are playing Grand Theft Auto (GTA) online then you should stop playing the game right now. There is a new security bug in the game that allows hackers or cheaters to remotely add, remove, or modify your game stats and also permanently ban or delete your account.

The Mitre Corporation has also issued CVE-2023-24059 for the issue. It noted that Grand Theft Auto V for PC allows attackers to achieve partial remote code execution or modify files on a PC, as exploited in the wild in January 2023.

The news of the exploit was first reported by ‘Tez2 ’, a notable GTA Online and Rockstar specialist who says,

“New extreme exploits have appeared allowing cheaters to remotely add, remove, or modify your stats and permanently corrupt your account.”

Paid mod menus are racing as speak to abuse this to the further extent. This could transform into something much worse to extend beyond a game and affect your PC.” - Tez2 added. 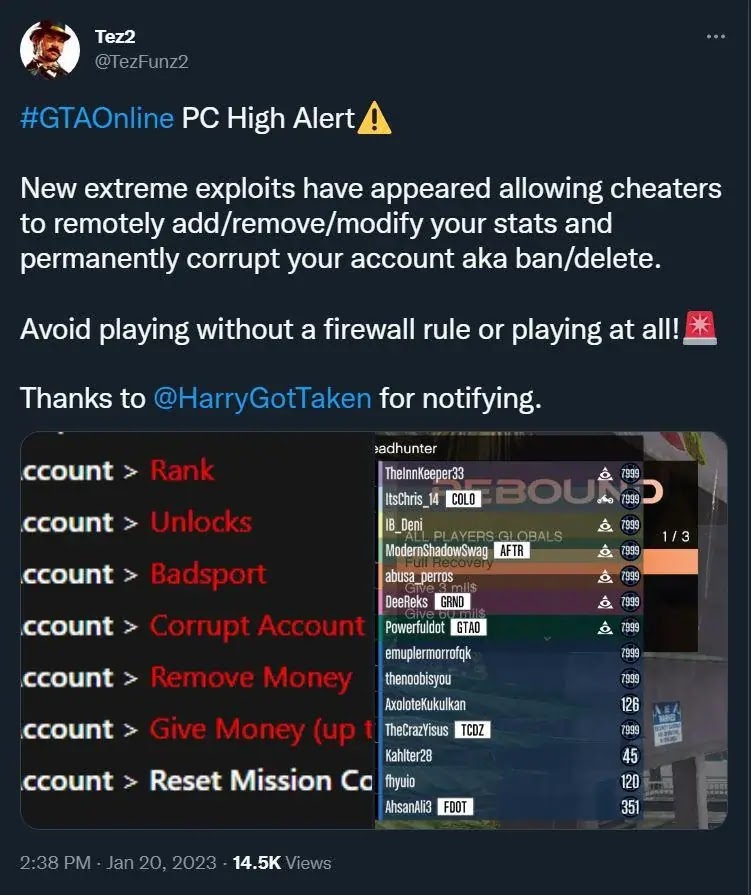 Initially, they suggested that players should avoid playing without a firewall, recommending a popular multiplayer tool for avoiding cheaters or simply not playing GTA Online altogether for the time being.

RockStars Developers is aware of Issue

Tez2 has tweeted that Rockstar is aware of the issue and has been logging any affected account before the first mod menu started abusing the new exploits.

Additionally, GTA Online users are upvoting the Reddit thread and also publishing the post on the Rockstar community forum, to grab the attention of the Rockstars developer to get the issue fixed as soon as possible.

This is how it looks like if your account gets "corrupted" due to the recent RCE exploit on PC. Basically you'll get stuck in the clouds indefinitely when trying to enter online.

At the time of writing the story, there are no official statements from Rockstar gaming nor have any fixes been released. But a temporary fix has been shared by Tez2 to fix account corruption on the PC.

Given the seriousness of these statements, we strongly advise you not to log into GTA Online on PC at this time, even in the private lobby, until further information is available.
#Game #Security