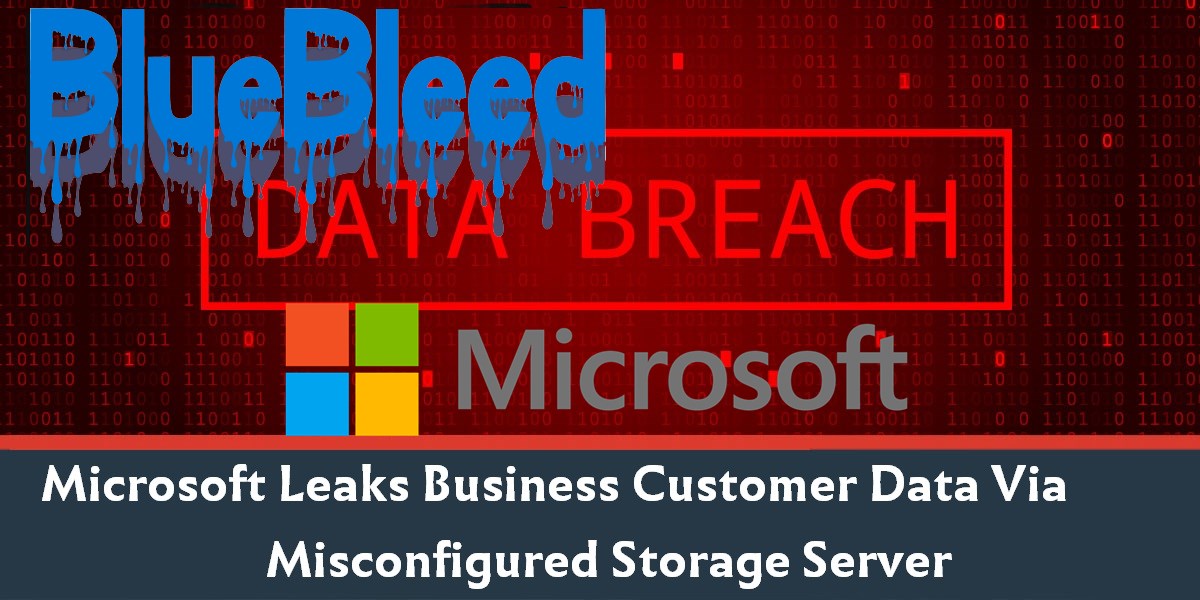 Security researchers at SOCRadar have notified Microsoft about the misconfigured Microsoft endpoint. which leads to unauthenticated access to some of the business transaction data correspondings to interactions between Microsoft and prospective customers, such as the planning or potential implementation and provisioning of Microsoft services.

Upon being notified of the misconfiguration,  Microsoft quickly secured the endpoint. The software company mentioned that data exposed due to misconfigured endpoint includes names, email addresses, email content, company name, and phone numbers, and may have included attached files relating to business between a customer and Microsoft or an authorized Microsoft partner.

"Our investigation found no indication customer accounts or systems were compromised. We have directly notified the affected customers."

"The issue was caused by an unintentional misconfiguration on an endpoint that is not in use across the Microsoft ecosystem and was not the result of a security vulnerability.  We are working to improve our processes to further prevent this type of misconfiguration and performing additional due diligence to investigate and ensure the security of all Microsoft endpoints."

As this misconfigured endpoint was discovered by the SOCRadar, they have also published a post stating that they detected sensitive data of 65,000 entities due to a misconfigured server.

SOCRadar named the leak as BlueBleed, a term referring to the sensitive information leaked by six misconfigured buckets collectively.

SOCRadar noted that The first part of the collection is due to a misconfigured Azure Blob Storage. It can be considered one of the most significant B2B leaks, affecting more than 65,000 entities in 111 countries with sensitive data inside a single Bucket.

BlueBleed leaks include critical data such as project details, signed customer documents, and customer emails. The exposed data, if parsed properly, enable threat actors to create elaborate attacks against the companies at risk of BlueBleed. Even though most of the data consists of RAW files of databases, the threat actors certainly have enough resources to parse and process the data

SOCRadar has released a search tool named BlueBleed, where companies can search their company names to see if they are impacted by any of the BlueBleed leaks.

According to the SOCRadar, the misconfigured server, SQLServer databases, and other files belonging to Microsoft exposed 2.4 TB of sensitive information. The exposed data include files dated from 2017 to August 2022.

SOCRadar noted that the leak, dubbed BlueBleed Part I, consists of critical data belonging to more than 65,000 companies from 111 countries, that includes more than 335,000 emails, 133,000 projects, and 548,000 exposed users within the leaks so far. 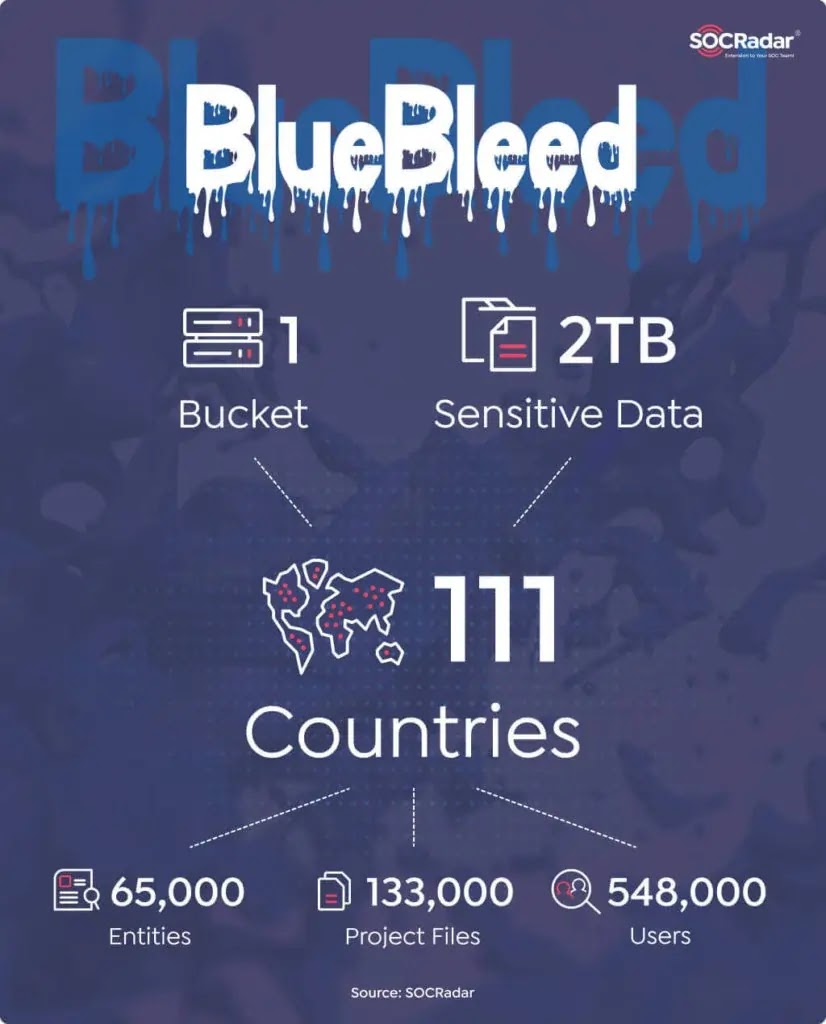 The exposed files in the misconfigured bucket include;

Microsoft started notifying affected customers and also provided them with instructions for contacting Microsoft with questions or concerns. But at the same time, Microsoft is criticizing SOCRadar for allegedly “exaggerating” the scale of the leak.

Microsoft is disappointed that SOCRadar has chosen to release publicly a “search tool” stating that is not in the best interest of ensuring customer privacy or security and potentially exposing them to unnecessary risk.