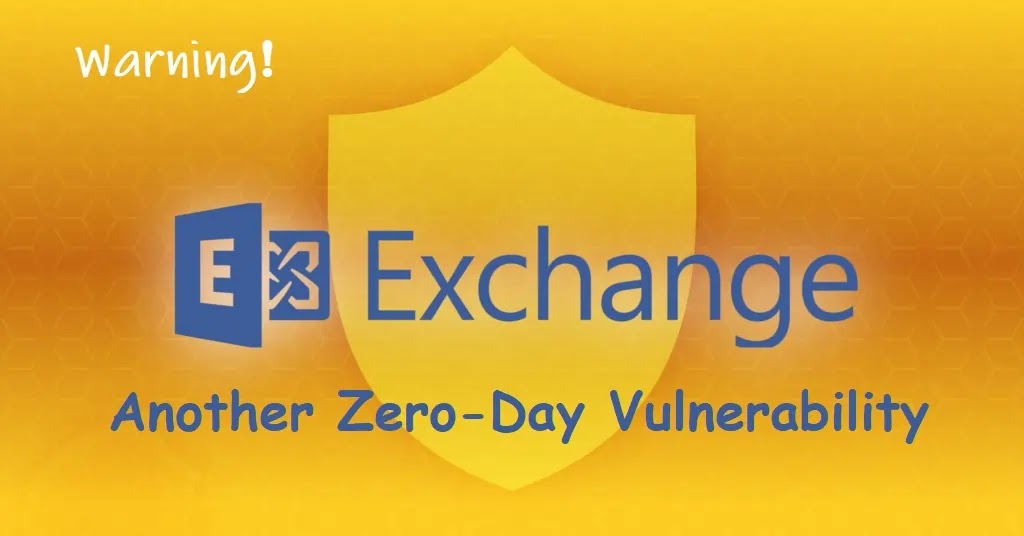 Security researchers from GTSC Network Security firm have found a new zero-day vulnerability in Microsoft Exchange Server which is exploiting in wild.

The researcher noted that the vulnerability turns out to be so critical that it allows the attacker to execute code remotely  (RCE ) on the compromised system.

Reported To Microsoft via ZDI

ZDI quickly verified and acknowledged 2 bugs, whose CVSS scores are 8.8 and 6.3, concerning the exploit.

However, at this time, GTSC has NOT released any technical details regarding this new zero-day vulnerability.

GTSC noted in their report that the hackers have used various techniques to create backdoors on the affected system and perform lateral movements to other servers in the system. They have also found obfuscated webshells, being dropped to Exchange servers. Using the user-agent, they found that the attacker uses Antsword, an active Chinese-based open-source cross-platform website administration tool that supports webshell management.

Chinese hackers Behind the Attack

On digging into the attacker's backdoors and researcher suspected that the attacker may come from a Chinese attack group because the webshell codepage is 936, which is a Microsoft character encoding for simplified Chinese.

According to the analysis report, Microsoft observed activity related to the single activity group, which is likely to be a state-sponsored organization. Attackers achieved initial access and compromised Exchange servers by chaining CVE-2022-41040 and CVE-2022-41082 in fewer than 10 organizations globally.

These attacks installed the Chopper web shell to facilitate hands-on-keyboard access, which the attackers used to perform Active Directory reconnaissance and data exfiltration.

GTSC wrote that there may be many other organizations that have been exploited by this 0-day vulnerability but have not been discovered. While waiting for the official patch from Microsoft, GTSC provides a temporary fix or patch to reduce the vulnerability of attacks by adding a rule to block requests with indicators of attack through the URL Rewrite Rule module on the IIS server.

Microsoft strongly recommended all organizations/enterprises that are using On-premises Microsoft Exchange customers to check, review, and apply the above temporary remedy as soon as possible to avoid potential serious damages.

Furthermore, it is also recommended to implement MFA on all accounts in all locations, at all times. Users can also opt to enable passwordless authentication methods (like Windows Hello, FIDO keys, or Microsoft Authenticator) for accounts that support passwordless.

To help organizations check if their Exchange Servers have been exploited by this 0day vulnerability, follow the guideline released by GTSC and a tool to scan IIS log files (stored by default in the %SystemDrive%\inetpub\logs\LogFiles folder ):
Method 1: Use the following PowerShell command:
Method 2: Use the tool developed by GTSC: Based on the exploit signature, GTSC developed a tool to automate the task rather than search with a much shorter time needed than using Powershell.
#Microsoft #Security #ZeroDay Bug