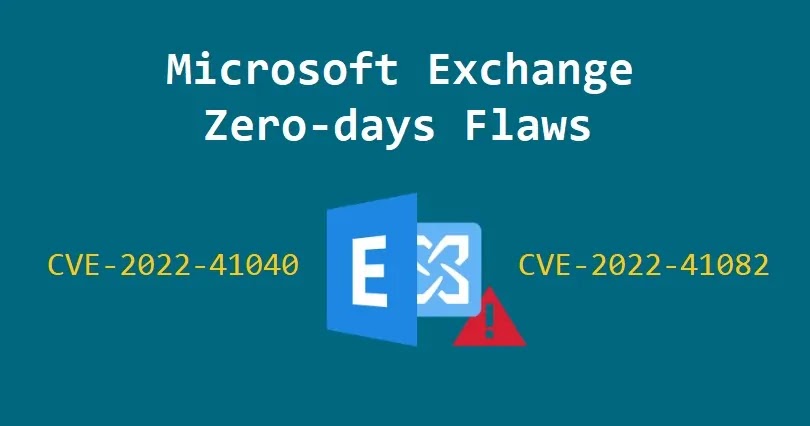 Microsoft has confirmed the two new Exchange zero-day vulnerabilities affecting Microsoft Exchange Server 2013, 2016, and 2019 are being exploited in the Wild.

"Microsoft is aware of limited targeted attacks using the two vulnerabilities to get into users’ systems.  In these attacks, CVE-2022-41040 can enable an authenticated attacker to remotely trigger CVE-2022-41082."- Microsoft said.

Microsoft acknowledges that they are aware of the vulnerabilities being exploited in wild. But Microsoft noted that for the successful exploitation of the flaws, the attacker needs authenticated access to the vulnerable Exchange Server is necessary to exploit either of the two vulnerabilities.

The current mitigation is to add a blocking rule in “IIS Manager -> Default Web Site -> Autodiscover -> URL Rewrite -> Actions” to block the known attack patterns. Users can also follow the URL Rewrite Instructions for the mitigation process as guided in this post. Microsoft also released a script for the URL Rewrite mitigation.

Authenticated attackers who can access PowerShell Remoting on vulnerable Exchange systems will be able to trigger RCE using CVE-2022-41082.

Additionally, Exchange Admins can also block the HTTP ports 5985 and 5986, used for Remote PowerShell, which will limit the exploitation of the vulnerabilities.

Zero Day Initiative published the quick POC demonstration of the vulnerability on twitter.