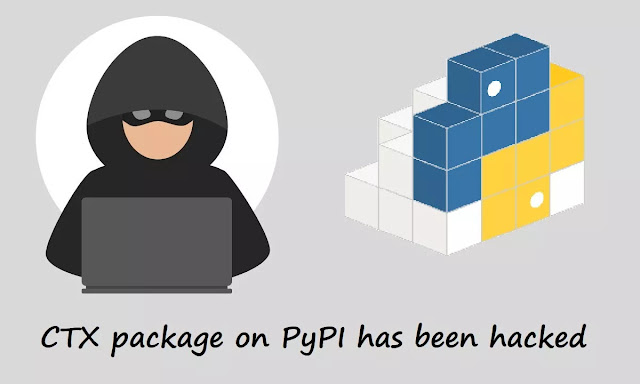 One of the popular packages of Python programming language of Python Package Index, named "ctx Python" seemed to be compromised and was injected with a backdoor.

Just a few hours ago, Reddit users found that the package got the update version 0.2.6, which had not received any update in the last 8 years, and also this release came after skipping a few releases too. A weird thing that came up was the update was reflected on the GitHub repo.

Upon digging into the source code of the latest release users found an interesting code :

It clearly shows that the current Python ctx package (which as got updated on May 21 and after) on pypi.org should not be used as it has been tampered with.

Additionally, versions of a 'phpass' fork published to the PHP/Composer package repository Packagist had been tampered with in the same way. PHPass has been downloaded 2.5 million times.

Python's ctx library and a fork of PHP's phpass have been compromised. 3 million users combined.

The malicious code sends all the environment variables to a heroku app, likely to mine AWS credentials.

"It appears that the original maintainer's domain name had expired, and the perpetrator registered it on May 14, 2022 (the same date where version 0.2.2 of ctx was uploaded). With control over the original domain name, creating a corresponding e-mail to receive a password reset e-mail would be trivial. After gaining access to the account, the perpetrator could remove the old package and upload the new backdoored versions."

In the meantime, the official page of the ctx project at PyPI has been removed showing the not found error.