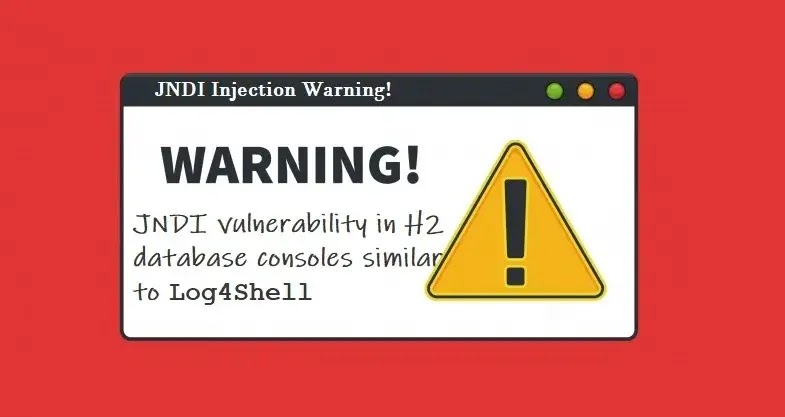 A security researcher from JForg Security has discovered a critical JNDI-based vulnerability in the H2 database console similar to Log4Shell, a vulnerability that exists on the Apache logging library. This vulnerability is now being tracked as CVE-2021-42392.

In the blog post, JForg explained that the Java Naming and Directory Interface (JNDI) is an API that provides naming and directory functionality for Java applications. H2 is a widely-used open-source Java SQL database used for various projects ranging from web platforms like Spring Boot to IoT platforms like ThingWorks. The com.h2database:h2 package is part of the top 50 most popular Maven packages, with almost 7000 artifact dependencies.

The bug CVE-2021-42392 should not be as widespread as Log4Shell, even though it is a critical issue with a similar root cause.

What's the Cause of the Bug?

The root cause is similar to Log4Shell – several code paths in the H2 database framework pass unfiltered attacker-controlled URLs to the javax.naming.Context.lookup function, which allows for remote codebase loading (AKA Java code injection AKA remote code execution).

Mainly, the method org.h2.util.JdbcUtils.getConnection takes a driver class name and database URL as parameters. If the driver’s class is assignable to the javax.naming.Context class, the method instantiates an object from it and calls the following lookup method:
After passing a driver class such as javax.naming.InitialContext and a URL such as ldap://attacker.com/Exploit cause code execution bugs.
The report notes that because so many artifacts use the H2 database, it is difficult for them to quantify how many vulnerable deployments of the H2 console exist in the wild. It also presents several attack vectors that we’ve found in the H2 database that allows triggering a remote JNDI lookup, with one of the vectors allowing for unauthenticated remote code execution.

What to do Now?

The default console endpoint in vanilla installations is “/”, this may be different in H2 consoles deployed via 3rd-party tools

Any returned servers are highly likely to be exploitable.

It's Not a New Vulnerability

It seems that the bug JForg discovered is not the new one. A researcher going with an alias "pyn3rd" has disclosed the same JNDI injection bug demonstrated in Spring Boot using the H2 database in April 2020.