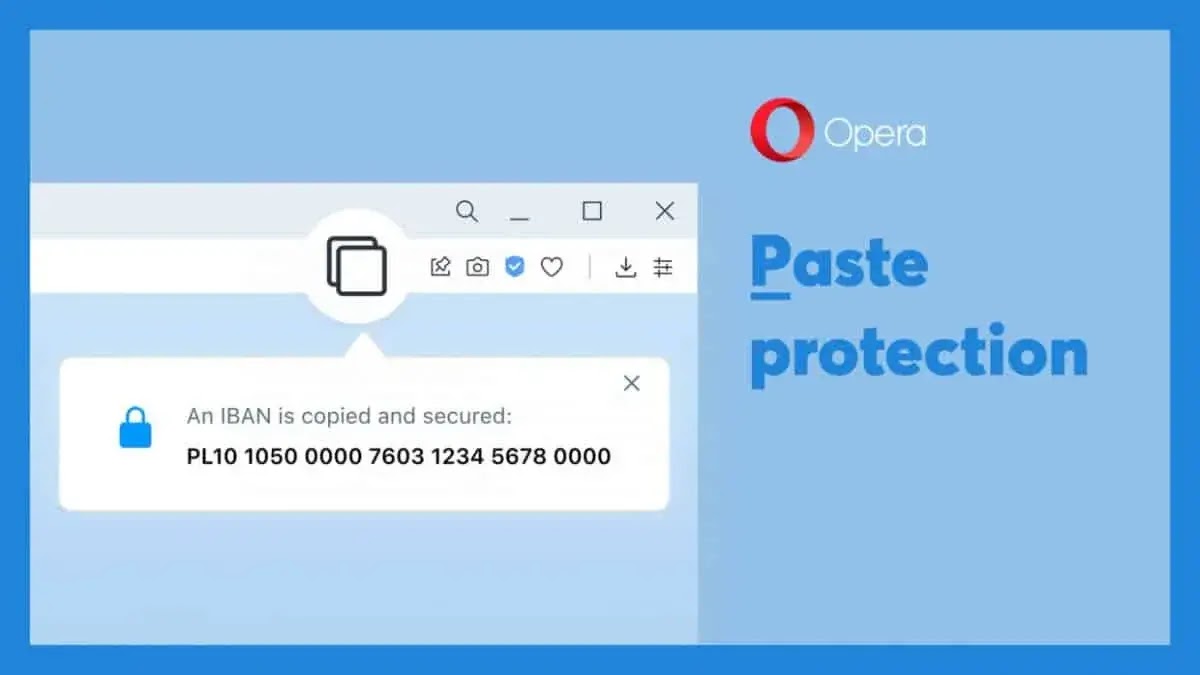 Opera Software of Norway announced on December 20th that it has introduced new security features to "Opera" for developers which, can be tested with "Opera developer" v4.0.4274.0.

The clipboard is an OS function that is indispensable for passing small data, but sometimes there are security attacks aimed at this.

For example, if you copy a bank account number or encrypted wallet identifier from a website to the clipboard and then gently replace the clipboard data, the user will not notice it and paste it directly into another app or website to make a deposit. There is a risk of sending money.

Therefore, "Opera" has introduced a function to monitor confidential data for a certain period when it is copied to the clipboard. When an external application modifies the clipboard data, it alerts and alerts the user.

The feature can't be turned off, at least not in the Developer release it was introduced in. The feature has landed in Opera 84.0.4274.0, which the company released on December 20, 2021.