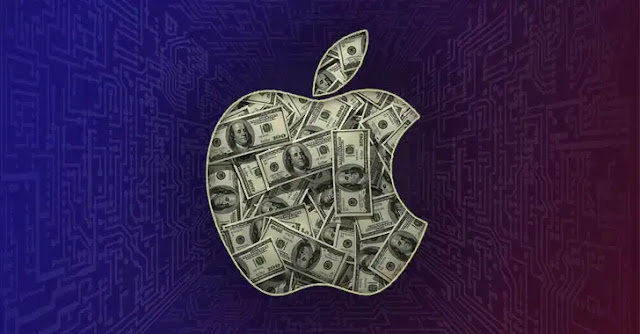 Indian security researcher Laxman Muthiyah has refused to accept the bounty reward amount which Apple had rewarded him for his research of multiple security bypass including the Apple iCloud account takeover vulnerability.
According to blogspot,  Muthiyah was working on the Apple ID forgot password function against 'Race hazard-based brute forcing' vulnerability. After multiple tries and some tricks, he got successful in bypassing the Apple security measure like rate limit, IP blocking on multiple requests etc.

Many people mistook this vulnerability as typical brute force attack but it isn’t. Here we are sending multiple concurrent requests to the server to exploit the race condition vulnerability present in the rate limits making it possible to bypass it - Muthiyah words for Race hazard-based brute forcing.

To exploit the bug, the attacker needs a trusted phone number along with an email address to request OTP.

Of course the attack isn’t easy to do, we need to have a proper setup to successfully exploit this vulnerability. First we need to bypass the SMS 6 digit code then 6 digit code received in the email address. Both bypasses are based on same method and environment so we need not change anything while trying the second bypass. Even if the user has two factor authentication enabled, we will still be able to access their account, because 2FA endpoint also shares the rate limit and was vulnerable. The same vulnerability was also present in the password validation endpoint. - Muthiyah explained

After multiple follow-ups with Apple Security team, Muthiyah said his findings were patched on April 1st 2021. He also shared his blog post regarding his founding with Apple team, but Apple team denied the report (iCloud account takeover bug) of Muthiyah with a claim saying that this vulnerability does not allow to takeover majority of the iCloud accounts. As Apple team analysis revealed that it only works against iCloud accounts that have not been used in passcode/password protected Apple devices.

Later on, Apple representative says (regarding Muthiyah findings), that the passcode is not being sent to any server endpoint and is verified in the device itself. After Laxman point on that, there is no way for a random apple device to know another device’s passcode without contacting the Apple server. Apple said it is true that the data is sent to the server but it is verified using a cryptographic operation and they cannot reveal more than that due to security concerns.

I asked what if we find out the encryption process through reverse engineering to replicate it and brute force the Apple server with concurrent requests. I didn’t get any definite answer for that question. They concluded that the only way to brute force the passcode is through brute-forcing the Apple device which is not possible due to the local system rate limits. - Muthiyah wrote

Deep-dive into Apple for Security Workflow.

After the words with Apple representative, Muthiyah get deeper with his finding. In his research he found that Apple uses SRP (Secure Remote Password), a PAKE protocol to verify the user knows the right passcode without actually sending it to the server. Apple isn’t sending the passcode directly to the server. Instead, both server and client do some mathematical calculations using the previously known data to derive a key (more like diffie-hellman key exchange).

SRP is known to prevent bruteforce attacks as it has user-specific salt and a verifier, so even if someone steals our database, they will still need to perform a CPU intensive bruteforce for each user to discover the password one by one. That gives enough time for the affected vendor to react to it. Read more about the detailed calculations of SRP-6a here.

With the detail in his research, Muthiyah found -

For the above findings and bypasses, Apple offered $18,000 USD which Muthiyah says is not a fair reward. This is because the bounty mentioned for iCloud account takeover in Apple’s website is $100,000 USD. Extracting sensitive data from a locked Apple device is $250,000 USD, which sum up to $350,000 USD.
According to Muthiyah, his findings qualifies both the above scenario and the reward should be close to Sum up amount. The reward he receives was an unfair judgement and refused to receive the bounty and told them it is unfair.

Selling these kind of vulnerabilities to government agencies or private bounty programs like zerodium could have made a lot more money. But I chose the ethical way

So What you guys think about these findings by Laxman Muthiyah? Does Apple do a fair deal with Muthiyah findings? Let us know your thoughts in the comment box.
#Apple #Fullpage #Security