Reason behind US biggest hack

The FBI has taken an interest in developer tools maker JetBrains, The New York Times (NYT) reported. Special services have not yet brought forward specific charges.

A company with Russian roots is being tested to see if its products could have been used to hack American SolarWinds. It is now considered the entry point for a massive hacker attack. 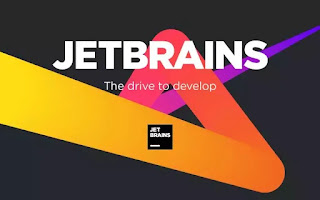 According to the NYT, the FBI and private cybersecurity researchers have begun investigating the role of JetBrains in a massive SolarWinds hack. The article says that there are 79 Fortune 100 companies among JetBrains clients, and in general, 300 thousand organizations use software companies. Among them was SolarWinds, which started the hack.

The FBI, in particular, is investigating whether hackers could have used software to gain access to SolarWinds. We are talking about a program for collaborative testing and code exchange TeamCity, which is used by developers from tens of thousands of companies.

The head of JetBrains, Maxim Shafirov, said that the company had not received any inquiries from anyone regarding the SolarWinds hack, but was ready to cooperate. In addition, in his opinion, TeamCity requires proper configuration, since the hack could be the result of errors in use, and not of any vulnerability.

The Prague-based startup JetBrains, which developed Kotlin, the main programming language for Android applications, was valued at $ 7 billion in December 2020. This estimate from the Bloomberg Billionaires Index made the two founders of the company with Russian roots, Sergey Dmitriev and Valentin Kipyatkov, billionaires. The achievement is all the more remarkable because the project came to such an assessment without external investments.